LINKIN PARK and BLINK-182 will join forces for two stadium shows at the end of July:

Pre-sale begins May 9. Register now at presale.linkinpark.com. General on-sale is May 12.

What happens when you swipe right with LINKIN PARK and BLINK-182? Check out the Funny Or Die clip below to find out.

Earlier in the week, LINKIN PARK announced a North American tour in support of the band's seventh album, "One More Light", with the trek kicking off on July 27 in Boston and extending into the fall, winding down on October 22 in Los Angeles. To combat scalpers, the band is offering fans first access to tickets through a unique new technology that will help weed out bots and ticket-buying software.

LINKIN PARK unveiled the details of the tour through lyric annotation platform Genius. Support will come from MACHINE GUN KELLY and, on selected dates, Japanese rock act ONE OK ROCK.

Every single full-priced ticket purchased for the tour includes a choice of a standard CD or standard digital copy of the new album.

"One More Light" arrives on May 19. LINKIN PARK has already been criticized for the album's major shift toward a pop sound on songs like "Heavy" and "Good Goodbye".

Singer Mike Shinoda spoke a while back about using technology to recreate the band's heavily produced studio sound in a live setting. "Although there is the technology in the setup of what we've got going on onstage — and I feel like it's very high-tech for a music set-up — we also feel like we have a great deal of responsibility to be a live band," he said. "So, you know, whereas we have the opportunity to put certain things in the computer or on a sampler and whatever, we're very careful about what we do put in the computer because we want to be playing everything, we want the crowd to see us performing the song." 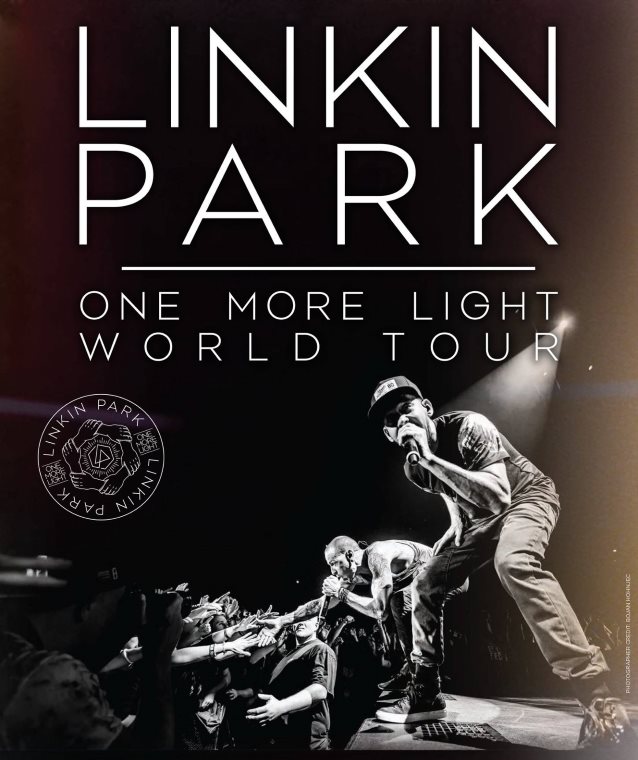