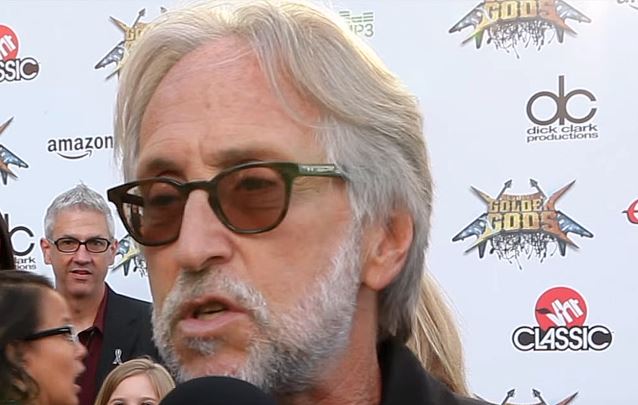 Neil Portnow, president/CEO of the National Academy of Recording Arts and Sciences, also known as NARAS or The Recording Academy, the governing body of the Grammy Awards, has released the following statement regarding the passing of MOTÖRHEAD mainman Lemmy Kilmister:

"Grammy winner Lemmy Kilmister was a remarkable frontman and bona fide heavy metal icon. A founding member of the legendary group MOTÖRHEAD, Lemmy's raw, powerful vocals, paired with his innovative bass playing and songwriting skills, made him one of the most prominent figures in rock and roll. His magnetic stage presence and willingness to break barriers propelled the metal genre to new heights, influencing countless fellow musicians in the process.

"We have lost a truly dynamic member of the music community and our sincerest condolences go out to Lemmy's family, friends, collaborators and all who have been impacted by his work."

MOTÖRHEAD won the "Best Metal Performance" Grammy in 2005 for its cover version of the METALLICA song "Whiplash". MOTÖRHEAD was nominated once again in 2015 for "Heartbreaker", but lost out to TENACIOUS D's cover of DIO's "The Last In Line".

In a 2009 interview with SPIN, Lemmy made it clear that he was still sore about the fact that MOTÖRHEAD never got to claim its Grammy at the official 2005 awards ceremony. He said: "We didn't get to go to the real Grammys 'cause we're distasteful."

He added: "Us and the Mexican jazz bands had to line up and get our stuff the previous afternoon."