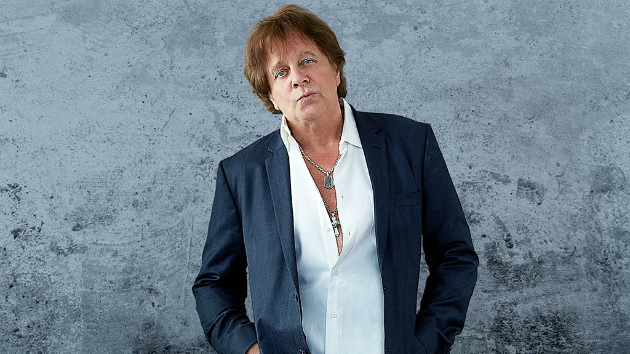 Legendary rocker Eddie Money announced today that he has been diagnosed with stage 4 esophageal cancer, as will be detailed in a special episode of AXS TV's "Real Money" that will air on Thursday, September 12 at 9:30 p.m. ET/6:30 p.m. PT. "Real Money" follows the daily lives of Money, his wife, and their five children, both at home and on the road, and is as open and honest as it is heartfelt and sincere. The series returns to AXS TV's fall schedule on a new night and time, Thursdays at 9:30 p.m. ET.

Money received the diagnosis last fall while taping the second season of his popular reality series, which he and his wife, Laurie, executive produce. The six remaining episodes of season two will deal with Money's cancer and its effects on Eddie and his family.

"I thought I was going in to get a checkup, and he told me that, uh, I got cancer," Money said in a clip from the show. Laurie then explained: "It's in his esophagus, the top of his stomach… it's also spread to his liver."

"It hit me really, really hard," Money continued. "I don't want to keep the fact that I have cancer from everybody. It's not honest. I want to be honest with everybody." He added that cancer treatment has come "a long way" and that "not everybody dies from cancer like they did in the '50s and the '60s. Am I going to live a long time? Who knows. It's in God's hands. But you know what? I'll take every day I can get. Every day above ground is a good day."

Money is still recuperating from health issues resulting from his heart valve procedure in June. The heart issue was a condition unrelated to his cancer.

With a career spanning over 40 years, the 70-year-old Money has long established himself as one of rock's most beloved entertainers. After leaving his native Brooklyn for the Berkeley music scene in the 1970s, Money quickly rose to fame on the strength of a slew of successful albums and Top 40 hits, including "Two Tickets To Paradise", "Take Me Home Tonight", "Shakin'", "Think I'm In Love", "Baby Hold On" and many more.