Formed in 2004, DYSCARNATE combines astonishing balance of grooves and relentlessly pummeling riffs that are one of a kind. The symmetry of the group's creativity, talent and impeccable lives performances creates an undeniably idiomatic sonic wall of power that can only be called DYSCARNATE.

DYSCARNATE consists of Matt Unsworth (drums), Tom Whitty (guitar, vocals) and Al Llewellyn (bass, vocals). Their third full-length album, "With All Their Might", released on Unique Leader Records, is raising the bar for all of metal and continues to garner rave reviews.

Adler states: "'With All Their Might' may be the most powerful yet contagious metal record I've ever heard. I've become entirely addicted to DYSCARNATE and after one spin of 'With All Their Might', you'll likely be as well. My partner, Jason Lekberg, and I traveled to see them after discovering the album and knew instantly that DYSCARNATE is the game changer. We believe in them and also that the band is a big part of the future of metal."

Lekberg says: "DYSCARNATE is the single most exciting metal band I've heard in the past decade, which is the same way I felt when I first heard LAMB OF GOD all those years ago. I'm honored to partner with Chris Adler and be trusted to help grow DYSCARNATE's career."

Lekberg adds: "DYSCARNATE is a special band. First and foremost, they have the songs. Within the songs are crushingly heavy riffs delivered on an unstoppable and powerful groove. 'With All Their Might' is the audio equivalent of unquestionable strength. The guys have defined a unique vision and image and own it completely. That combination is the difference between a good band and a great band. I have rarely in my life been more excited about a band. Chris Adler and I are proud and fortunate enough to be doing everything we can to bring DYSCARNATE to the people."

DYSCARNATE will support DECAPITATED on the "Killing The European Cult" tour in February 2019. Additional support on the trek will come from BAEST. 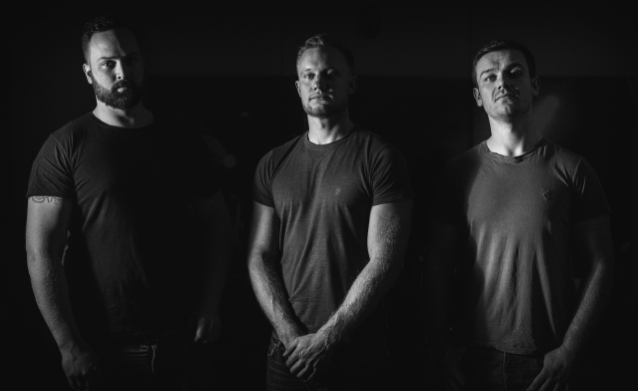