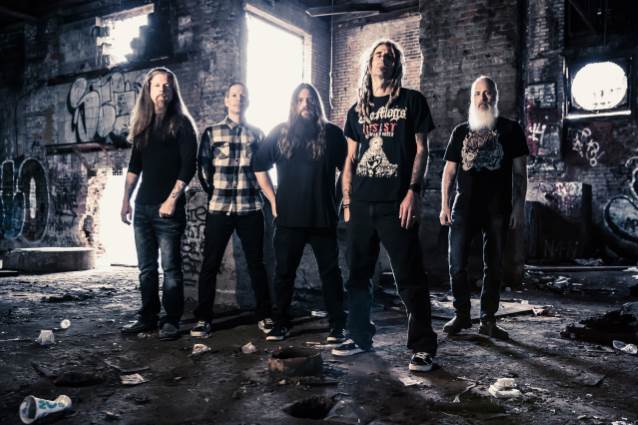 LAMB OF GOD bassist John Campbell has told The Daily Gazette in a new interview that his band tries to avoid having many non-show days on tour because "days off are expensive. You're still paying for the bus and the crew," he explained. "Those costs don't stop because you're not playing. We like to play as many shows as we can get in during the week. But sometimes it can be brutal. On this last run, we played in Orlando and then the next day we played in Montreal and then the next day we played in Houston. That was kind of a brutal three-day run. But that was towards the end of the tour, everybody was warmed up, [and] the rock neck had subsided."

He continued: "The first week of a tour, especially if we haven't toured in a while, can be rough. Standing around like a tough guy playing onstage kills your quads. So for the first three or four days after this last run started, I was having a little bit of a hard time picking my legs up to walk upstairs. Then, you know, with rock neck you get a bit of a stiff neck for a few days, but it goes away.

"I consider myself lucky to be able to do this and that's what I'm sitting around all day waiting to do," he added. "It might beat me up a little bit, but I've still got some youth left in me."