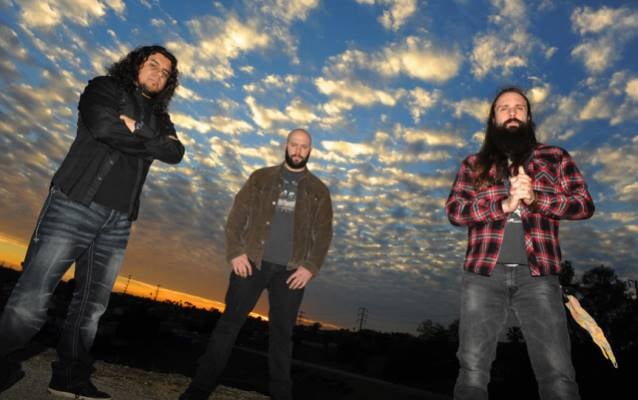 "Electric Halo", the new Dylan Marko Bell-directed video from from the Southern California rock trio KYNG, can be seen below. The song is taken from the band's new album, "Burn The Serum", which was released on April 15 through Razor & Tie. The CD was produced by Andrew Alekel (FOO FIGHTERS, NO DOUBT, QUEENS OF THE STONE AGE, CLUTCH) and James A. Rota (FIREBALL MINISTRY) and was recorded at Grandmaster Recorders Ltd. and Sword & Shield in Hollywood, California, as well as at Studio 606 in Northridge, California.

On the band's second full-length album and first for Razor & Tie, KYNG harks back to the essence of heavy rock 'n' roll, forging thunderous percussion to lightning hot riffs driven by a divine vocal howl. At the same time, they keep their eyes wide open towards the future.

Formed in 2008, KYNG broke out of the City of Angels in 2011 with the group's independent debut, "Trampled Sun". The album landed shining critical acclaim for its "California heavy" sound merging the metallic meanderings of SOUNDGARDEN and QUEENS OF THE STONE AGE with the timeless scope of BLACK SABBATH and LED ZEPPELIN. They hit the road with everybody from THE SWORD and CLUTCH to TRIVIUM and MEGADETH — even being picked to play at METALLICA's first-ever Orion Music + More festival. 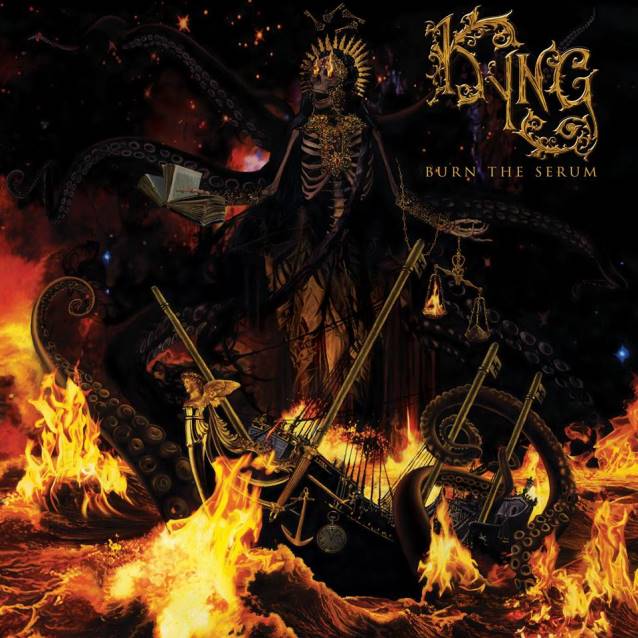