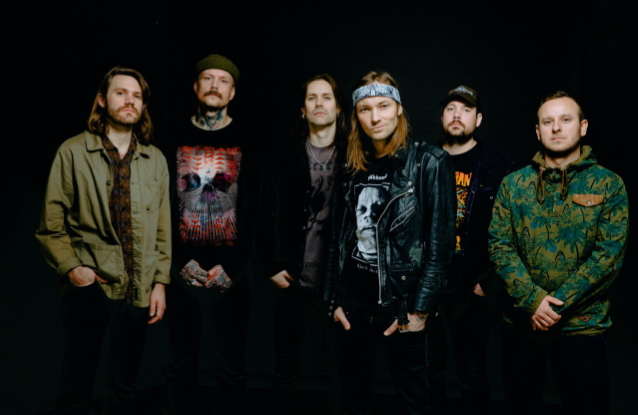 Norwegian metallers KVELERTAK have immortalized their latest album, "Splid", in video game form and beyond.

"Game Of Doom" arrives on May 13. It takes fans and singer Ivar Nikolaisen on an epic quest through a retro-style maze where they are tasked with finding the other band members, as well as defeating the ghost of Tagholdt, who haunts a local museum and is a character from the song "Fanden Ta Dette Hull!"

The band says: "Your favorite superheroes are finally back — in a game where you can swing a REAL axe!"

Watch the game trailer below.

In addition to "Game Of Doom", the band is also dropping the "Splid: Game Of Doom" EP, which features four 8-bit versions of songs from "Splid" that you can hear throughout the game.

The game is available for Apple users and for Android users.

Upon its early 2020 release, "Splid" debuted at No. 1 in the band's native Norway. Stereogum hailed the record as "enormously fun, friendly rage-out music, music as giddy as it is ferocious. That sound must be a tough one to figure out, since literally nobody else has pulled it off," while AV Club said, "It's all pleasure all the time, just with somehow even bigger riffs." Consequence enthused that it "churns out raging banger after banger, allowing for the record to roar with metal bliss. The creativity expressed in 'Splid' is matched by its intensity, as KVELERTAK embrace the metal spirit throughout the album."