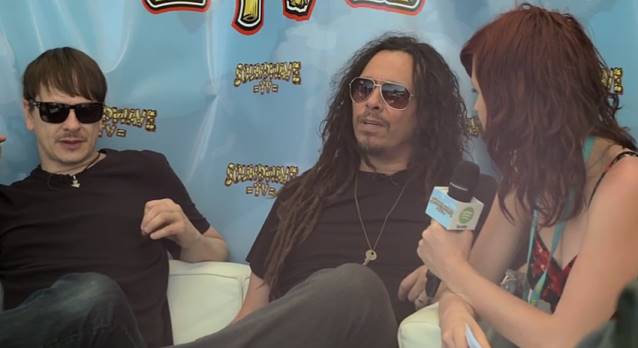 Heavy music presenter Christina Rowatt of Soundwave TV conducted an interview with KORN members Ray Luzier (drums) and James "Munky" Shaffer (guitar) during this year's Soundwave festival in Australia. You can now watch the chat below.

"The Paradigm Shift" is the first KORN disc to feature guitarist Brian "Head" Welch since 2003's "Take A Look In The Mirror" and follows up 2011's dubstep experiment, "The Path Of Totality".

Welch left KORN in 2005 after he converted to Christianity and got off drugs. He rejoined them for a handful of live performances in 2012 before officially becoming part of the lineup again in early 2013.