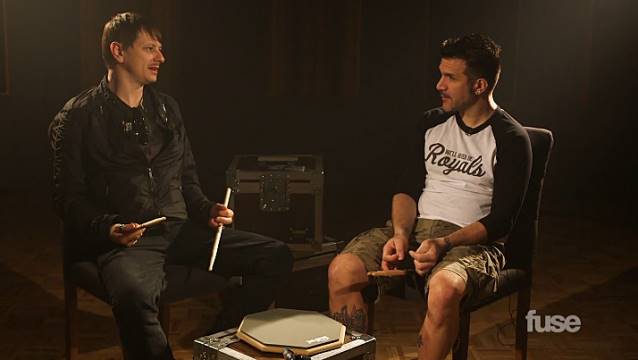 The second episode of "Metalhead To Head", a web-only show where metal masters sit down together for surprisingly candid conversation and plenty of one-time-only music demonstrations and collaborations, can be seen in two parts below. The episode features Ray Luzier (KORN) and Charlie Benante (ANTHRAX). New episodes will debut every other Wednesday. Always at 1 p.m. ET. And always on Fuse.tv.

Artist pairings for future "Metalhead To Head" episodes include: