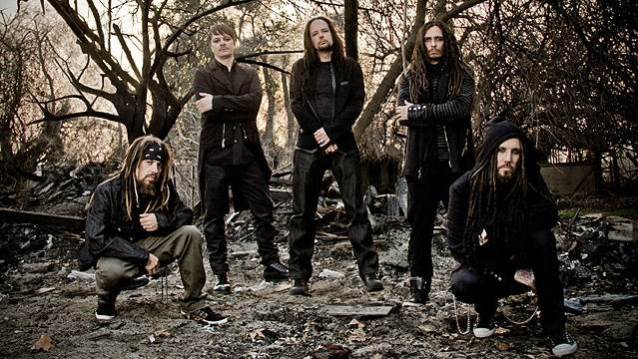 Heating up summer to a boiling point, Grammy Award-winning hard rock luminaries KORN have revealed the official details for their latest release, a deluxe reissue of their 2013 album, "The Paradigm Shift: World Tour Edition" (Prospect Park). The collection will be exclusively available at Best Buy stores in North America starting July 15 and available to pre-order here.

For the "World Tour Edition", the Bakersfield quintet lock and load last year's critically acclaimed "The Paradigm Shift", with three brand new songs including their just released single "Hater", plus "The Game Is Over" and "So Unfair". In addition, it's been beefed up with a bevy of live tracks recorded all over the globe and expanded artwork. It's the ultimate way to experience "The Paradigm Shift".

"Hater" invaded radio airwaves just last week and has already vaulted into the Top 30 at Active Rock. For it, the group teamed up with hitmaker/producer Don Gilmore, who also produced "The Paradigm Shift" album, as well as the group's #1 active rock radio smash "Never Never".

The song kicks into gear with the seminal grinding guitar volley of Brian "Head" Welch and James "Munky" Shaffer. Meanwhile, Reggie "Fieldy" Arvizu cranks out a throbbing bass bounce punctuated by Ray Luzier's impenetrable percussion. At the eye of the storm, Jonathan Davis delivers a haunting verse that quickly blossoms into an eerily unforgettable chorus. "Hater" is available now to purchase on iTunes.

Among the other unreleased material, Davis opens up about his young son Zeppelin's battle with diabetes on the powerful "So Unfair", while "The Game Is Over" slams with the intense catharsis fans worldwide expect from these legends..

KORN returns to the road this summer with the Rockstar Energy Drink Mayhem Festival, starting July 5 in Devore, California. 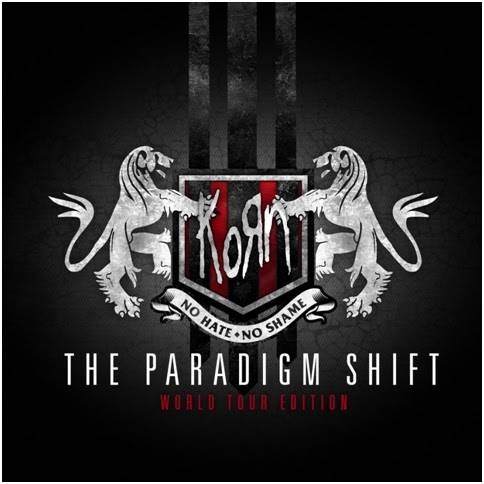