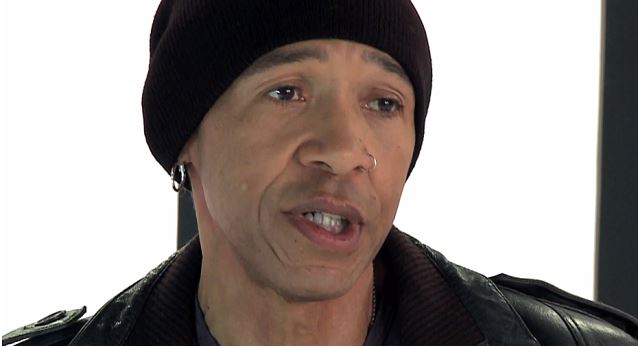 KING'S X frontman Doug "Dug" Pinnick had to be rushed to the hospital on November 23 after the band's show in North Carolina and may require further surgery and recovery from his hernia. As a result, the group was unable to play the concert on November 24 in Springfield, Virginia.

In a new posting on his Facebook page, Pinnick writes: "[The doctor] says I have to go to an infection specialist to address a lymph node problem. There will be a series of tests over several weeks. He suggests that if I sing and play bass that I sit down while doing it. So I'm heading back to L.A. to take care of it. And to get on with my life."

Pinnick previously said that the pain he felt during the Charlotte concert "was so bad I went into shock so they rushed me to the ER. We barely finished the show, but it was an awesome crowd and we had fun."

He added that "the doctor said it could be life-threatening if I don't get this taken care of."

Pinnick underwent hernia surgery on July 3 after avoidning it due to the fact that he didn't have health insurance. He had toured, recorded and rehearsed regardless of his painful condition.

A GiveForward campaign to help raise funds for Pinnick's surgery was launched this past spring and it raised more than $26,000 from 599 donations.

Pinnick released his new solo album, "Naked", on May 7 via RockArmy Records. The CD is described in a press release as "deeply personal and overflowing with [Pinnick's] unmistakable tone, groove, and heart-wrenching vocals. PEARL JAM's Jeff Ament said that 'heavy music didn't start in Seattle, it started in Katy, Texas with KING'S X' and 'Naked' is proof that Pinnick remains at the top of his game."