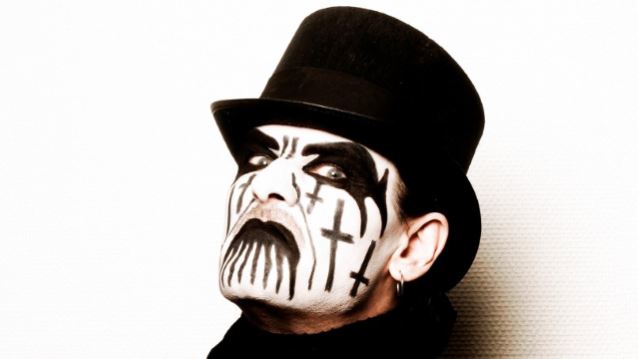 "Dreams Of Horror", a 2xCD collection of KING DIAMOND songs, newly enhanced into ultimate editions by King Diamond and Andy La Rocque themselves, sold around 1,200 copies in the United States in its first week of release.

"Dreams Of Horror" is the only "best-of" album covering the band's entire career. King Diamond and Andy La Rocque meticulously mastered and enhanced these 23 songs into the ultimate editions, chosen by the band from both the Roadrunner and Metal Blade catalogs.

In a recent interview with Full Metal Jackie, King Diamond stated about "Dreams Of Horror": "Metal Blade got the chance, through getting some of licenses from Roadrunner — well, Roadrunner is under Warner — so they got some licenses from them to actually release some vinyl of the old Roadrunner stuff, but also to do a best-of [collection]. And that's something that's coming out, a genuine best-of that is spanning the entire KING DIAMOND career. So there is one disc that is only Roadrunner material, one disc that is Metal Blade, but it's [being] released through Metal Blade, the whole thing. And it sounds amazing."

He added: "We went back to before all the remastering that was done on our stuff and got back to the original stuff and could tweak that. And you hear things that you… If you [got into the band] later on, you could only buy certain versions of the albums these days. And they don't all sound the way I would like [them] to sound. And now we got the chance to actually select the songs ourselves, me and Andy, and we worked on them hardcore with this new gear to get them as optimal as possible. And they sound very close to how they originally sounded. You will hear things you can't hear on the versions you can buy today."

Regarding his plans for a new KING DIAMOND LP, the vocalist said: "We signed a new deal with Metal Blade for another three albums. We have done a lot of stuff lately with that in mind. We have invested a lot of the new recording budgets for the next couple of albums into making Andy La Rocque's, the guitarist's studio in Sweden, better. We got new equipment in, I got a new vocal studio here in my house. It was finished a few days before I went over to Europe recently and I actually managed to rehearse in it, which was great. But it's Pro Tools, new speakers, it's a vocal booth from Portland, Oregon — VocalBooth.com. I got it in with the floating floor, the whole thing; it's amazing. The speakers are also handbuilt in the U.S., in Portland, Oregon, by Barefoot. It was actually a KING DIAMOND fan that was part of putting mine together. So I got a small pair, which is still twelve hundred and some watts between the amps in them, in my studio room and then some bigger ones in my living room. I didn't know music could sound like that. They are for mixing and mastering and everything — handmade in the U.S.A. And I didn't think they could sound like that. I'm still blown away by it."

King, 58, whose real name is Kim Bendix Petersen, underwent open-heart triple-bypass surgery in November 2010. He has since completed his cardiac rehabilitation program and has stopped smoking entirely, changed his diet and is getting regular exercise.

KING DIAMOND received a Grammy nomination in the "Best Metal Performance" category for the track "Never Ending Hill" off the group's latest album, "Give Me Your Soul … Please".

KING DIAMOND vinyl has been made available throughout 2014. Currently, vinyl versions of "Them", "Abigail", "The Eye", "Fatal Portrait" and "The Puppet Master" are available now on the Metal Blade webshop. "Conspiracy" and "In Concert" will be coming this January. 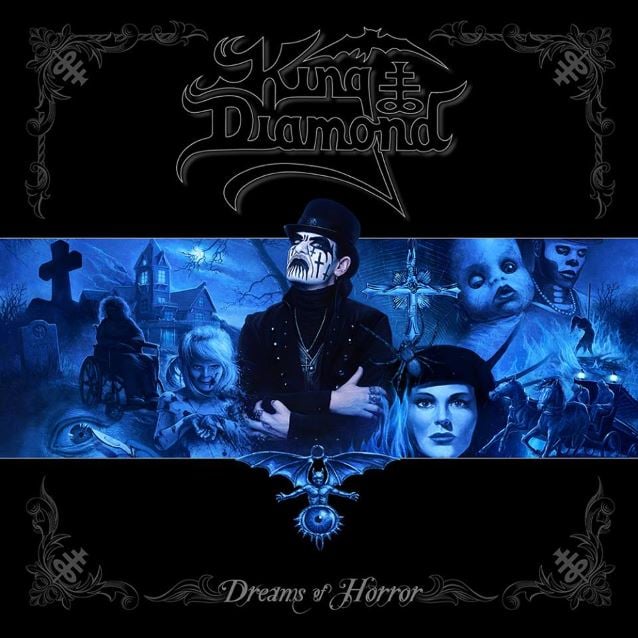