Says band: "Incorporating the fundementals of rock and metal with vivid musicianship, KAYSER bring you 'Read Your Enemy'.

"With a track listing of songs that have always been there but you would not find anywhere else, the album boasts organic stamina and confidence. With superior riffing and catchiness a mass appeal is to expect.

"The neck-breaker title track, 'Read Your Enemy', originated from Swaney [guitar] as a double-stomp, classic palm muted heavy riffer. The chorus riff with its time change was added together with Jokke [guitar] to display contrast to the main riff. A sign of opposites which is commonly ubiquitous in KAYSER's song writing. The playful trade-off solos seal the songwriting marksmanship. Lyrically, Spice takes on humanity's ever lasting stupidity when diving into religious and ideological fundamentalism."

The "Read Your Enemy" title track can be streamed at this location.

KAYSER is working with Sinemax Productions on a video for an as-yet-undisclosed track.

KAYSER saw the first ray of light in early June 2004 when Spice, Mattias Svensson (also of THE DEFACED), Bob Ruben and Fredrik Finnander decided to join forces to create a pure metal band. The band's sound is fully immersed in true original heavy/thrash metal genre with emphasis on the muscular songwriting: hammering blistering and catchy riffs one after another, delivering the goods through scorching witty arrangements with fluid virtuosity. Focus always lies on the song, easily identifiable through the supreme vocals by Spice, though the emotional and musical expressions stretch from heavy introvert pounding to pure hate driven ferocity.

"No boundaries and no limits... and that goes for everything," the members stated initially to set the aim straight. As for comparisons, it might be best described as a mutation of BLACK SABBATH, MEGADETH and SLAYER with dips from different good bowls of classic and modern metal.

Popular for its incendiary shows, KAYSER enforces the pillars of metal with absolute authority.

KAYSER became a much-talked-about live act among the metal fans, rampaging cities across Europe with bands like VOLBEAT and more. 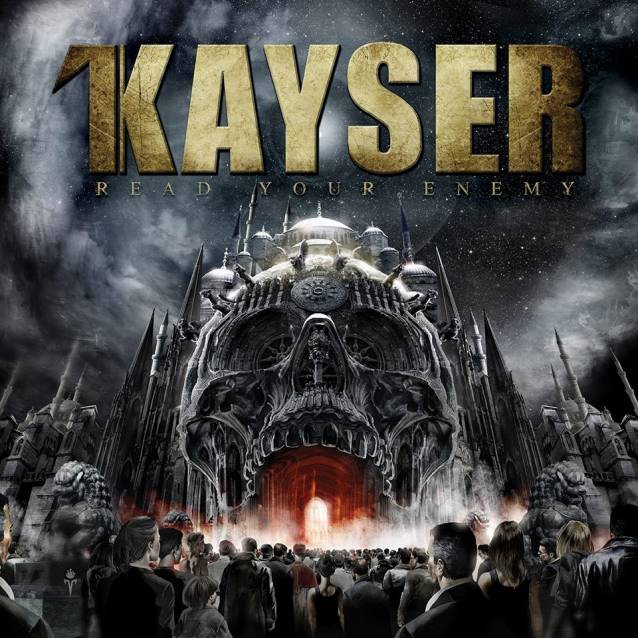