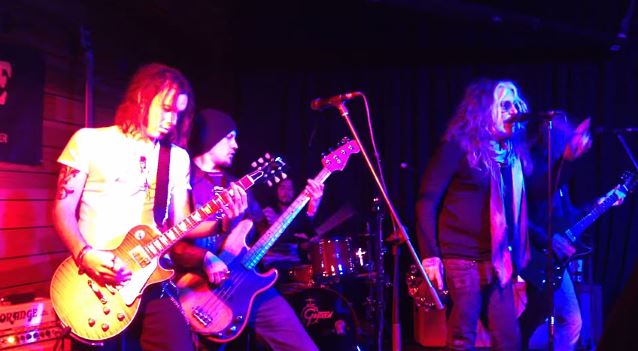 This past Tuesday, November 18, John Corabi, former lead singer of MÖTLEY CRÜE, THE SCREAM and UNION, played a surprise warm-up show for his upcoming tour during which he will celebrate the 20th anniversary of the MÖTLEY CRÜE album that he appeared on by performing most of the songs from the LP with his backing band. The set, which took place McGuinness in Nashville, Tennessee, consisted of the songs "Poison Apples", "Hammered", "Welcome To The Numb", "Droppin' Like Flies", "Smoke The Sky" and "Hooligan's Holiday".

Check out fan-filmed video footage of the Nashville set below.

Speaking to Brian Sword of "The Double Stop Podcast", Corabi said: "I don't know if we can do the whole record, because there's a song on the record ['Welcome To The Numb'] that the way we recorded it, it's just… We recorded it Pro Tools in pieces, so there's three different pieces in three different tunings, so it's physically impossible to do that song live. And when I say tunings, it's, like, open tuning, then we tune the guitars regular, then we tune the guitars regular with, like, two strings off. It's weird; it's just crazy. So, basically, what we're gonna do is, in my timespan with MÖTLEY, during that first record, we recorded about, probably about 23 or 24 songs in total, so there's more than enough material for me to replace that one song with one of the other ones. And there's a couple of other songs that I wrote for the 'Generation Swine' record that I could put into that as well. So I'm just saying basically the MÖTLEY '94 material, and just leave it like a wide-open canvas. So we can do, instead of doing 'Welcome To The Numb', maybe we'll do, like, 'Let Us Pray' or '10,000 Miles Away' or something like that, one of those bonus tracks that wasn't on the initial record."

He continued: "I'm not gonna go out and do the MÖTLEY '94 record in its entirety, from top to bottom, in the order that you heard it on the record. I'm just saying I'm gonna go out and play one full set of the '94 material. Like, stuff that was recorded and written while I was in the band. I still think it's gonna be cool, you know what I mean?! We're gonna do the entire record except one song, and then we'll have probably about another nine or ten songs that weren't on the record, they were bonus tracks or on box sets or all this other shit."

Corabi recently spoke to Philadelphia's 93.3 WMMR radio station about the possibility of collaborating again with Mick Mars on the MÖTLEY CRÜE guitarist's forthcoming solo album. "I don't know what he wants to do musically, but at the end of the day, I love Mick Mars — he's one of the sweetest human beings you'll ever meet in your life — and anything I can do to help him with his solo record, I would be more than happy to do," Corabi said. "I appreciate the fact that Mick has been just stupidly supportive of what we did in the past, and I appreciate Mick's talent as a guitar player; I think he's totally underrated. And anything I can do to help him, he's more than willing to help me with what I wanna do. So we'll have to see where it goes from there."

In a 2012 interview, Mars stated about MÖTLEY CRÜE's 1994 self-titled album: "I thought that was probably… To me, and I can only speak for me, I think that was probably the best album we've done. Musical-wise, the songs, I felt, were strong. And just musically, to me, it was, I guess, my BEATLES 'White Album'; that's kind of how I feel about that one. I'm not saying that any of my other albums are crummy or anything like that — I love every album that we did — but that one just has a special thing for me." 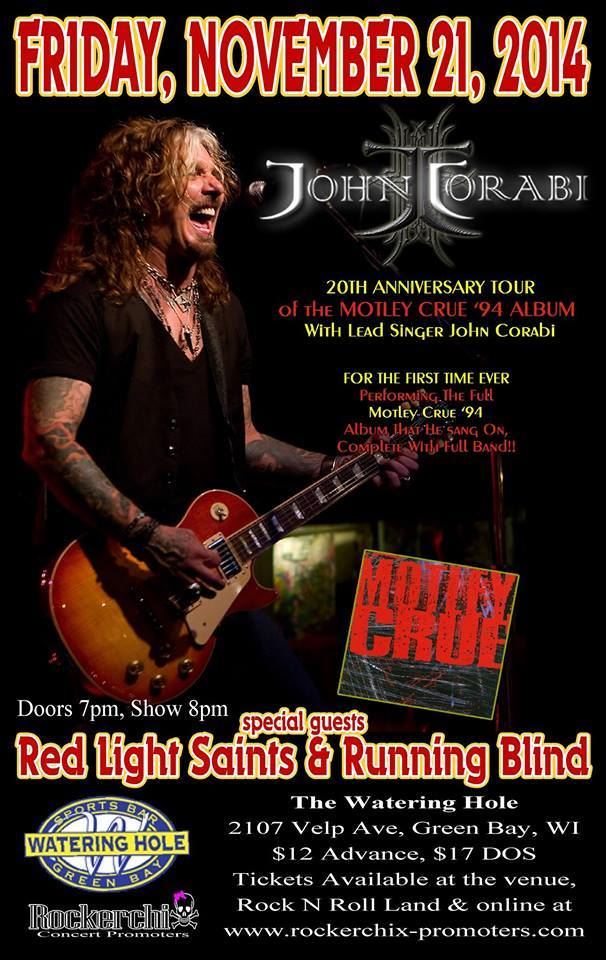