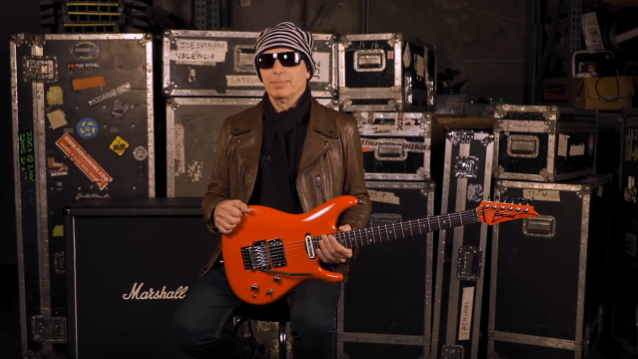 After the extremely successful launch of Joe Satriani's debut comic book series, "Crystal Planet", in January, issue #2 is now set to release this June. Created by Joe Satriani and Ned Evett, the series is released in conjunction with Incendium and Heavy Metal magazine under the all-new music-focused Opus imprint.

Issue #1 introduced us to Satchel Walker, a man out of time who finds himself caught between desperate factions as they battle for resources in the perilous orbit of a dying star in this vivid space odyssey. In a bold and brutal saga of sentient storms and Wingsuit armies, it's music, and more importantly the power and emotion that music can conjure, which could bring an end to the conflict, restore harmony to the timestream, and reveal Walker's true place in the universe. Issue #2 opens with a death in the family that raises even more questions for Satchel Walker as he takes his first perilous steps on the journey to Crystal Planet. Racing through the night in a banged-up station wagon with his father's old guitar and lifelong friend Sarah Fortune at the wheel, their world is about to change forever, and the swarm is hot on their trail.

"Crystal Planet" begins as a five-issue series. The first print edition of each issue will be released as a prestige format limited edition collectible comic book, featuring cardstock covers, specialty foil treatments, glossy pages, and individual numbering. Each first printing will be limited to 1998 copies at $19.98, and available to order here.

Due to fan demand, an exclusive limited-edition bundle is also available to purchase, now. It features issue #1 signed by Satriani plus a sublimated hat, an art print of issue #2's cover and an enamel pin. Only 250 sets are available.

The world of "Crystal Planet" will extend beyond the printed page into toys and collectibles. A Joe Satriani "Crystal Planet" action figure is also available to pre-order for $29.95, featuring Joe in a Tri-Diver suit from the comics with his signature Crystal Planet Ibanez guitar. Shipping summer 2021.

Join Joe Satriani on a journey to Crystal Planet, where desperate factions battle for resources in the perilous orbit of a dying star. In a bold and brutal saga of sentient storms and Wingsuit armies, it's music, and more importantly the power and emotion that music can conjure, which could bring an end to the conflict, restore harmony to the timestream, and reveal the true power of the Time Shredder.

FigBiz officially licensed action figures are the perfect addition to any collection, inspired by the ultimate era of Saturday morning cartoons. 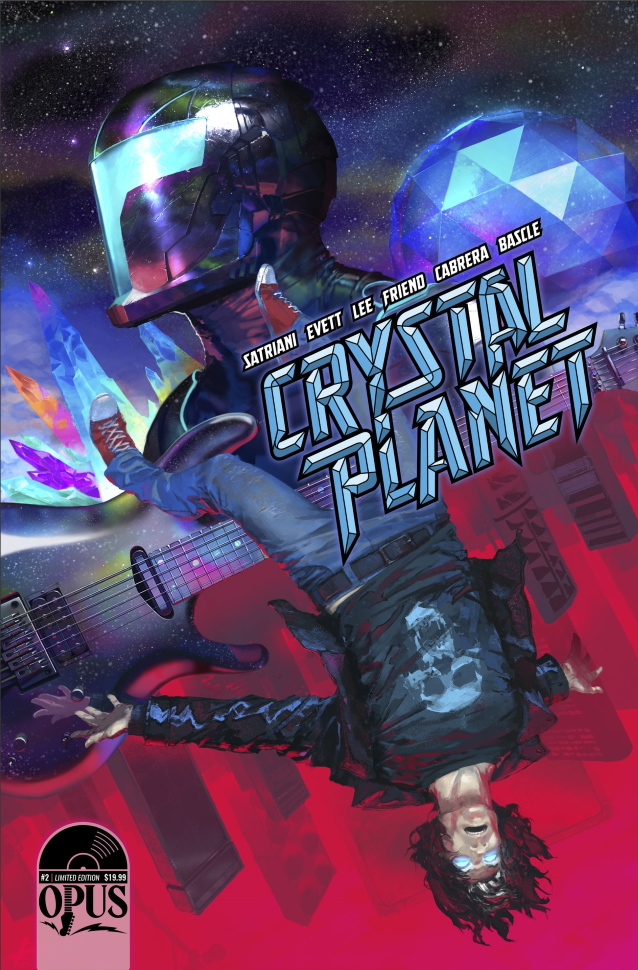 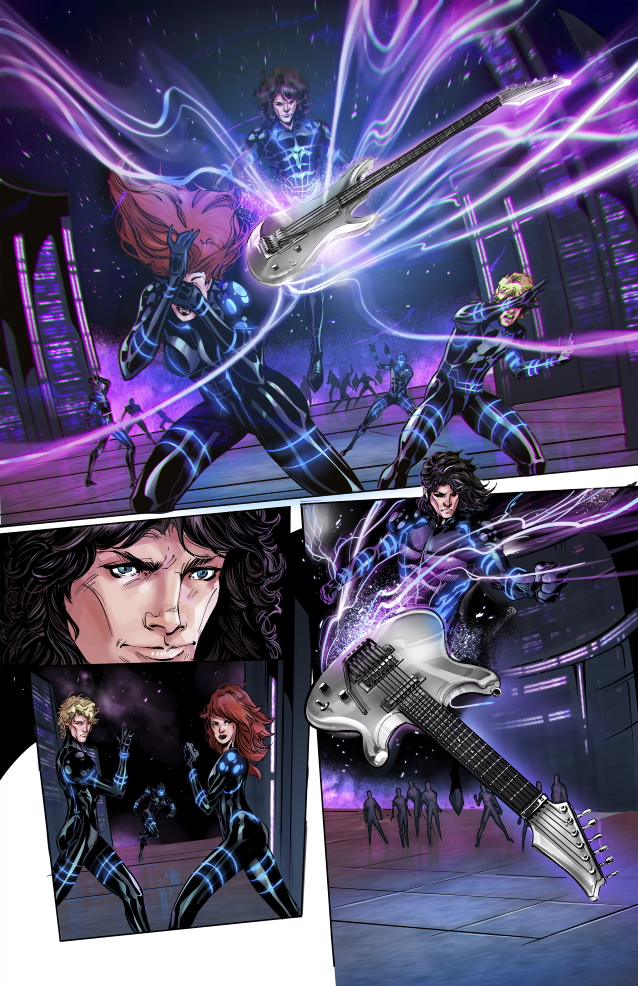 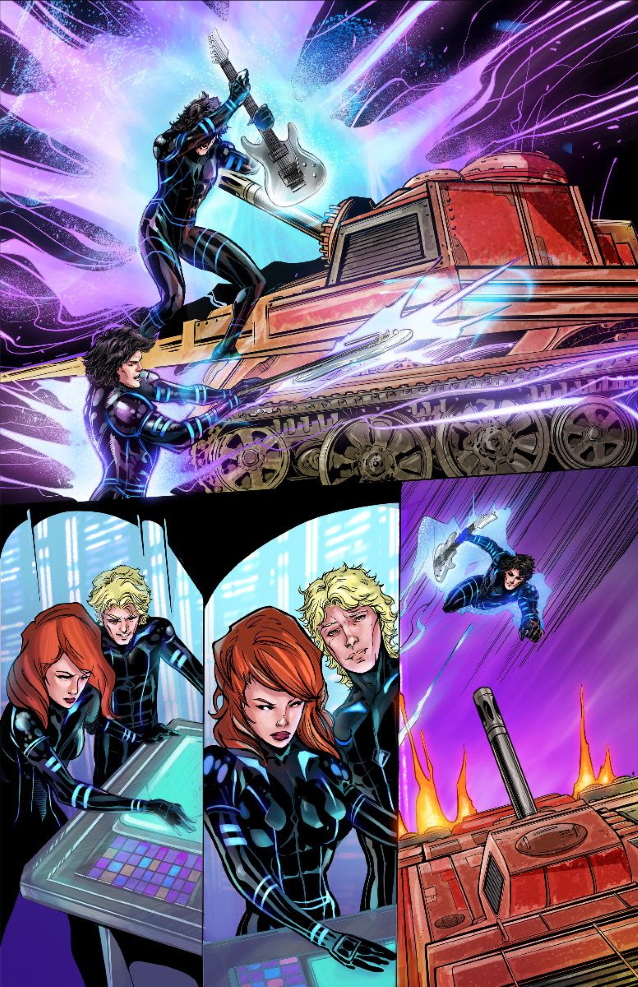