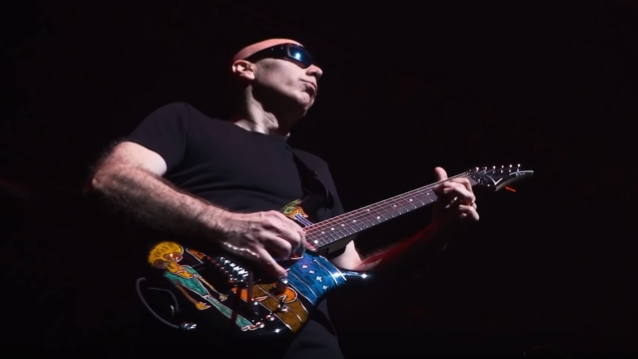 Guitar icon Joe Satriani has announced the release of a limited-edition box set including a DVD version of the critically acclaimed documentary "Beyond The Supernova". The film, which was shot, edited, directed and produced by ZZ Satriani while on tour in 2016 and 2017, received high praise from fans and critics alike when it debuted last October at the Mill Valley Film Festival.

The "Beyond The Supernova" box set is packaged in a beautiful custom-designed acrylic box suitable for display and includes:

* DVD version of the film
* Two CDs featuring 32 songs of previously unreleased music (film soundtrack plus 10 bonus tracks)
* A custom USB stick (shaped like Joe Satriani signature Ibanez!) loaded with the music and an HD version of the film
* Five collectable guitar picks with original Joe Satriani art
* Custom set of Joe Satriani "Shockwave Supernova" .010 to .046 guitar strings with extra first and second strings included
* Each set will include a certificate of authenticity signed by Joe and the film's director, ZZ Satriani

This set will be a one time limited edition of 1,000. Each box set will be numbered and, once sold out, will not be offered again.

For two decades, the guitar icon has traveled the world, playing to sold-out crowds as both a headliner and as founder of the all-star "G3" guitar extravaganza. Satriani's studio and live recordings have sold more than 10 million copies worldwide to date and of his many solo albums, two have gone platinum and four others went gold, with 15 Grammy nominations between them. His side project, CHICKENFOOT, featuring former VAN HALEN members Sammy Hagar and Michael Anthony, and RED HOT CHILI PEPPERS drummer Chad Smith, saw its debut album certified gold and its second studio album debuted at No. 9.

Satriani is set to end his 2018 world tour in celebration of his 16th solo album, "What Happens Next", in December. The tour launched on January 11 in Seattle, Washington and will wrap up December 9 in India, shortly after visiting sold-out shows in Australia and New Zealand next month. 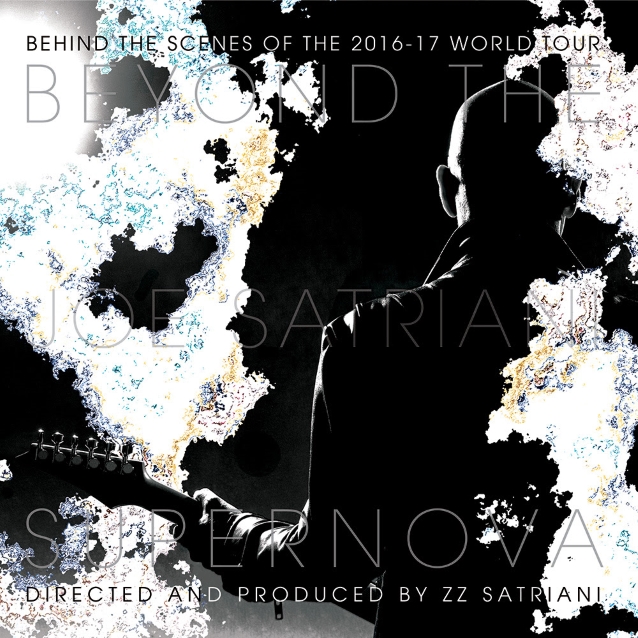