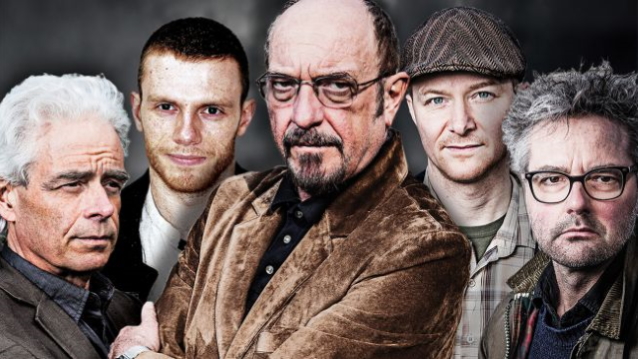 Ian Anderson and the JETHRO TULL band, one of the world's most successful and enduring progressive rock acts, have announced that they will return to the road with "The Prog Years Tour 2020" with 11 dates across the U.K. in September and October.

This tour will draw heavily on material from JETHRO TULL's more "prog" albums, much of it focussing on the early "heavy hitters" of the TULL catalogue, classic albums including "Stand Up", "Benefit", "Aqualung", "Thick As A Brick", "Passion Play" and even a touch of "Thick As A Brick 2" from 2012.

From the outset, TULL's frontman Ian Anderson created the distinctive persona of the tousled flute-playing minstrel, balanced on one leg and playing music with an historical slant. JETHRO TULL continues to hold a unique place in the hearts of progressive music fans and these albums are the focus of that passion.

Ian says: "Dusting off many older 'progressive' songs amongst my earliest attempts to experiment outside the blues repertoire we began with has proved hugely enjoyable. Along the way, over the last 50 years, there have been a good few pieces that still strongly resonate with me today on either a musical or lyrical level. Hopefully both. Some are really tricky to play; some might sound that way but fall under the fingers quite naturally although the overall arrangements require feats of memory! Test my marbles; come to the party!"

Ian Anderson will also be appearing at a number of smaller venues for a more intimate evening of chat and archive video footage about his career and the history of JETHRO TULL. Ian will be accompanied by guitarist Joe Parrish to play a few songs. The audience will be invited to pose interesting and challenging questions.

Dates confirmed so far, with more to be added:

Tickets to go on sale in late November.

Anderson formed a blues and jazz fusion band in the mid-60s and the name changed frequently until an agent, with an interest in history, booked them as JETHRO TULL, and the name stuck. Ian took up the flute, as he felt he would never match Eric Clapton as a guitarist as and, with a coat purchased to keep out the cold in a draughty bedsit, the image of the tousled, flute-wielding minstrel was born.

TULL's debut album, "This Was", received favourable reviews and sold well upon its release in 1968. The commercial breakthough came the following year when "Living In The Past", with its unusual 5/4 time signature, reached number 11 in the singles chart and an appearance on "Top Of The Pops", performing the No. 4 hit "The Witch's Promise" brought TULL to a much wider audience.

Musically, an historical theme was developing which Anderson exploited as the creative force behind a series of critically acclaimed albums including "Stand Up", "Benefit", "Aqualung", "Thick As A Brick" and "Passion Play".

JETHRO TULL became one of the most distinctive and original bands to fall under the "progressive rock" umbrella and that still sets them apart as one of the best-loved bands of the genre.

Over 50 years on, Ian Anderson and JETHRO TULL continue perform some 70 to 100 shows each year around the world. Anderson's energy and enthusiasm for his music still makes JETHRO TULL concerts an experience to savor. 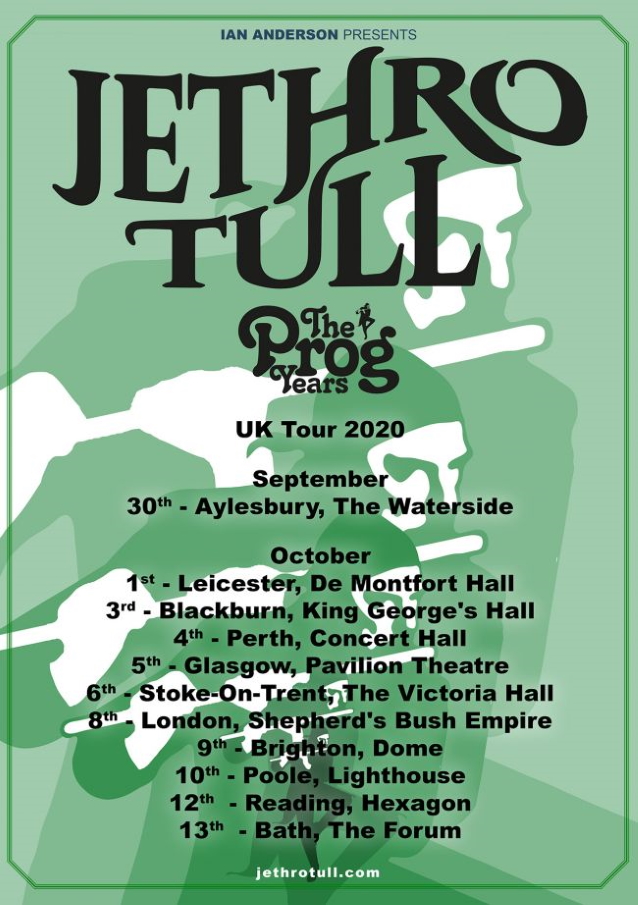