IRON MAIDEN and Robinsons Brewery have announced a new limited-edition label for their award-winning Trooper beer, which will be arriving on shelves from October and will be available until the end of November.

The beer, which scooped a silver medal at the recent International Beer Challenge has been a smash hit for Robinsons and IRON MAIDEN since launching in 2013. The beer has, to date, sold over 25 million pints in over 50 countries around the world.

Mexico's Dia De Los Muertos (Day Of The Dead) is celebrated annually. The holiday celebrates the dead and is a time for people to honor their ancestors and loved ones who have passed away and invite those spirits back into their homes to be part of the family once more. The practice goes back thousands of years in Latin American cultures.

One of the most popular parts of the holiday is people turning themselves into skeletons adorning their appearance with flowers and bright colors. As a result, the sugar skull has become an icon of the Day Of The Dead and one that Trooper has now paid homage with a new look for IRON MAIDEN's legendary mascot Eddie in full Day Of The Dead costume.

Trooper brand manager Sam Kennerley said: "We are delighted to be bringing our loyal drinkers a new, limited-edition look for our award-winning Trooper. The timing couldn't be more ideal with Day Of The Dead just around the corner and IRON MAIDEN continuing on their sell-out 'Legacy Of The Beast' world tour with stadium and arena shows, fittingly, in Mexico and also Brazil (including 100,000 people at Rock In Rio), Chile and Argentina in September and October. We hope that our drinkers will enjoy the tribute we have paid to Mexico's time-honored tradition and will pick up a bottle whilst it is available between October and November."

Trooper limited-edition Day Of The Dead will be available from October to November 2019 in cask, bottle and through export listings. 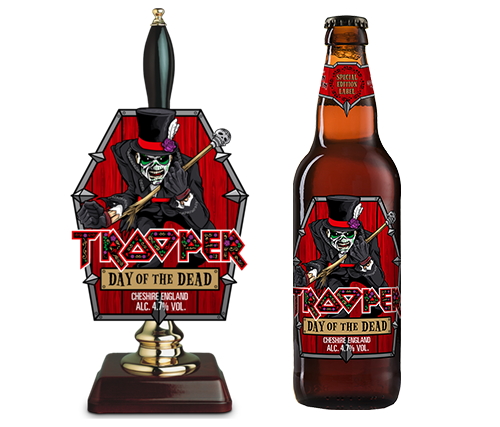 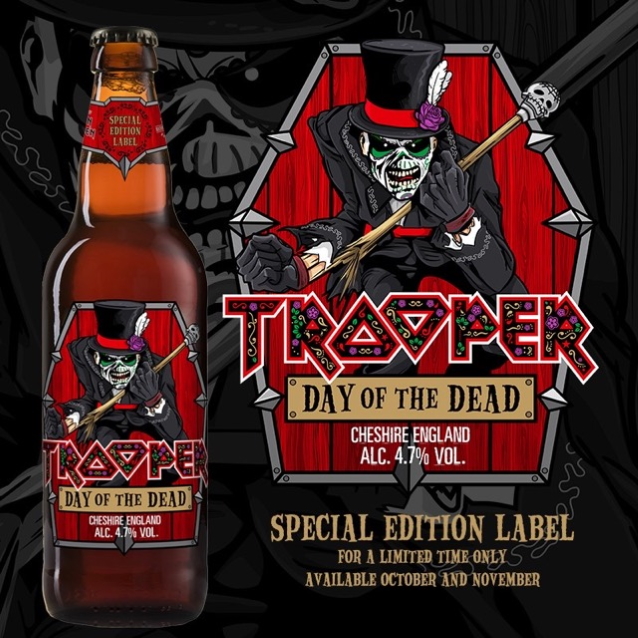