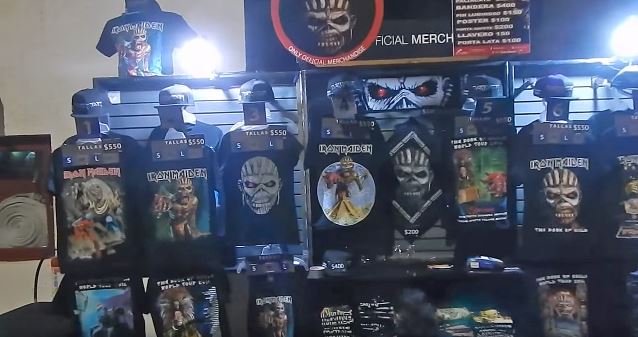 An IRON MAIDEN fan by the name of Dan Delaney has uploaded video tour of the official and bootleg merchandise stands at the band's March 3 concert at Palacio De Los Deportes in Mexico City. Check out both clips below.

"What's special about this tour is that a year ago I didn't even know if I could sing," Dickinson told reporters last month. "We've had an amazing turnaround in fortune after, obviously being ill a year ago, getting rid of that, and getting out and looking forward to doing the tour." 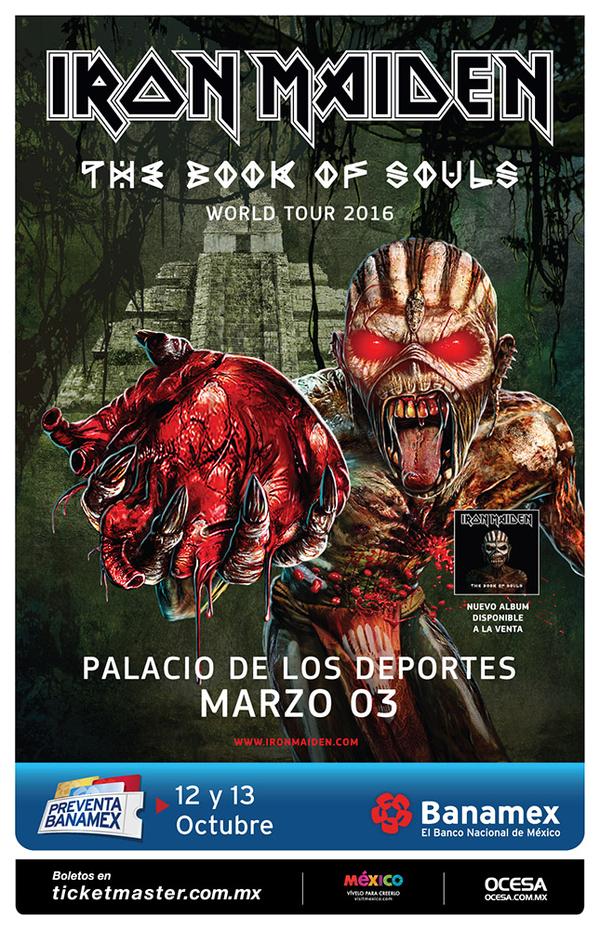