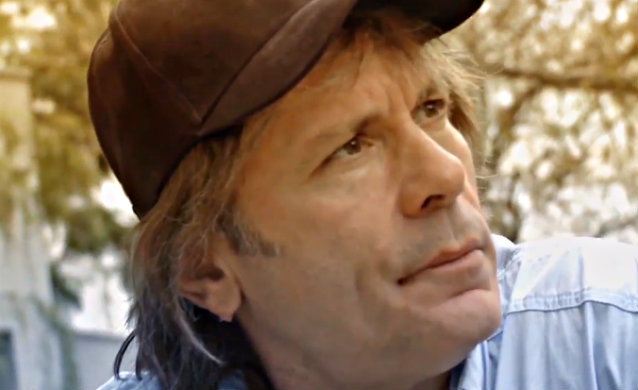 IRON MAIDEN vocalist Bruce Dickinson was interviewed on Chile's Radio Futuro before the legendary British heavy metal band wrapped its massive "Maiden England 2013 World Tour" on October 2 in front of an audience of 60,105 spectators at the national stadium Estadio Nacional in Santiago. You can now watch the chat in three parts below.

According to MaidenRevelations.com, Chilean newspaper La Tercera has called IRON MAIDEN the biggest foreign concert draw ever in Chile, with a total of 226,000 tickets sold for the seven shows the band has played in the country since 1996. This feat is made even more remarkable by the fact that MAIDEN was banned by the church from playing in Chile in 1992.

"Because we were banned in the '90s, people have felt a very strong connection to us," Dickinson told La Tercera. "And we have always brought great shows with us and worked hard not to disappoint the audience."