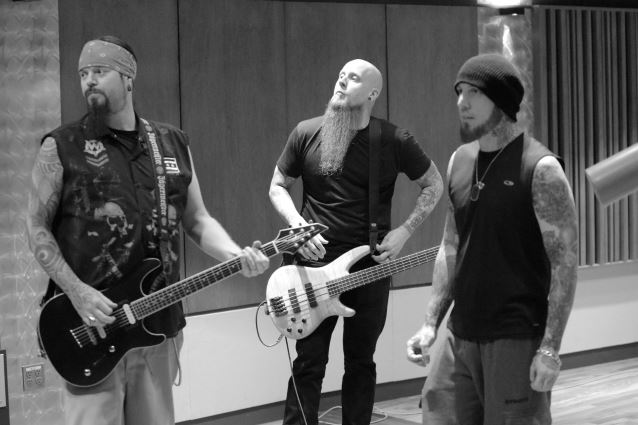 The official lyric video for "Making My Amends", the first single from INVIDIA, the new band featuring former and current members of FIVE FINGER DEATH PUNCH, IN THIS MOMENT and SKINLAB, can be seen below. The song is taken from INVIDIA's forthcoming debut album, which was recently recorded at a studio in Las Vegas with producer Logan Mader, who has previously worked with FIVE FINGER DEATH PUNCH, DEVILDRIVER, GOJIRA and CAVALERA CONSPIRACY, among others.

INVIDIA vocalist Travis Johnson stated about "Making My Amends": "Basically, I was an addict for a very, very, very long time. And I hit a point where I had to, basically, take responsibility for that person that, and make the changes that need to be made to not be that person anymore. And in that process, you have to make your amends to the people that you hurt to truly move on with a clear head and a clear conscience. And that's basically what this is.

"I didn't wanna dance around the subject and make you wonder what it's about: 'It could be this, or it could be that.' I wanted it to be a straight-up apology, because that's exactly what is.

"To anybody that's sick out there, I can tell you that you can do it. You find that inner strength and you fucking fight forward, and the payoff is undeniable; it's amazing. Getting to the other side, feeling free, it's like breaking out of prison. I mean, it's an amazing feeling.

"That's basically the concept. This is a big, 'Sorry I fucked up. Sorry I was down. But I'm on the other side now, and I'm better and stronger than ever."

Added INVIDIA bassist Matt Snell: "I think the hardest part was trying to choose which song to use. I mean, with every song on the record being so diverse, it was tricky to say 'here is INVIDIA' with just one track. We were so successful in writing a record with so many different styles that having to choose only one song was actually a great problem to have."

INVIDIA guitarist Brian Jackson offered: "I also suffered from years of addiction myself. And I felt the lyrics and content of this song was a great way for us to connect with the people for our first track off the debut record. It was a very hard choice to choose because I'm very happy with the outcome of all the songs, but I feel that most people can relate to the lyrics and content of 'Making My Amends'."

"Making My Amends" is now available on iTunes, Spotify and other streaming and digital music services.

In a recent interview with Rich Inzinna and Paula Noto from "The S.I.R.E.N." radio show on iRadioUSA.com, Travis stated about how INVIDIA was formed: "This all came together super fast and super flawless. I guess stars kind of aligned, really. I put something up online and Brian hit me up. He said, 'Dude, I'd be totally down t do some work together,' and that kind of thing. And I was, like, 'You know what? I totally miss singing. And I'm totally down for that.'"

He continued: "The funny thing is, everybody that's involved in this project as of now has worked together at different times except for me and Brian. So it's almost funny. It was like this circle that was just missing a piece for it all to connect. So once me and Brian got together, the whole circle came together, and within six weeks, this whole record's done, completely recorded, everybody's in place. And it's almost super ironic the way it all came together."

Travis, who still plays bass in IN THIS MOMENT, added: "We're all super excited about this project. I'm stoked to be singing again. I love playing bass, obviously, but I've been a singer for a long fucking time. I just took a huge break, so it's good to be able to kind of get back into it and kind of have my cake and eat it too, and be on both sides."

Regarding INVIDIA's musical direction, Travis said: "The heavy stuff is kind of ingrained from my upbringing with metal [and listening] to PANTERA and SLAYER and all that stuff. But, you know, [as I have been] branching out and getting older and enjoying good choruses, good songs and strong song structures and whatnot, I've kind of come to appreciate melody and that kind of thing as well. And as far as LIMP BIZKIT and stuff, I've always loved the rap-rock genre and just the tongue-in-cheek kind of 'fun-ness' of it. So we kind of took everything that we were influenced by and kind of put it in this project, and just not really pigeonholing it to any specific thing, doing what feels right. And we're all super happy with it. I mean, there's elements across the board that, I think, everybody's gonna dig and we definitely dig."

Added Brian: "I think there's gonna be a lot of people pretty surprised, honestly. There's so many different elements that are involved with this record, with all the different people, especially with Logan being involved; it's been amazing to work with him, having him help to co-write a lot of stuff, and he's bringing a lot of ideas to the table. It just all seems to be working." 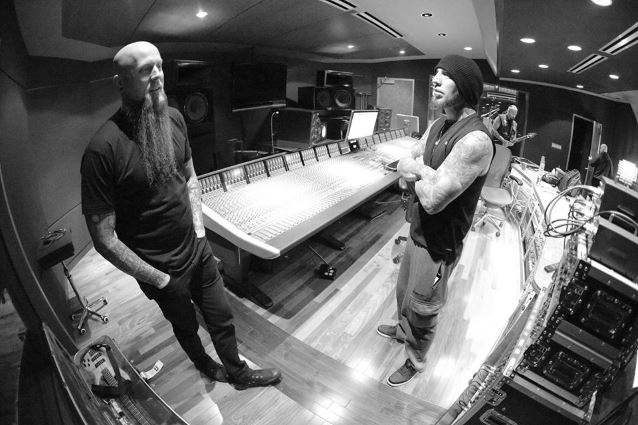 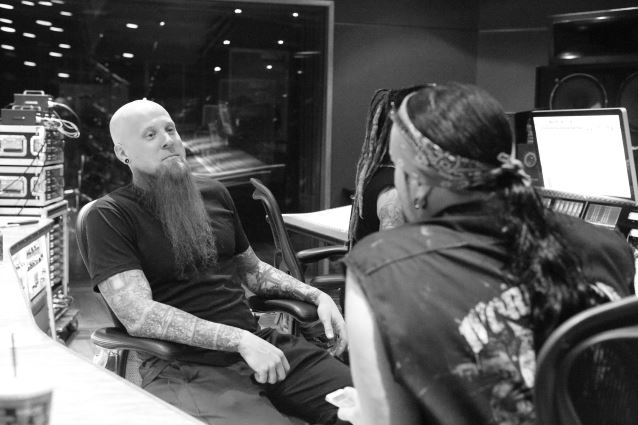 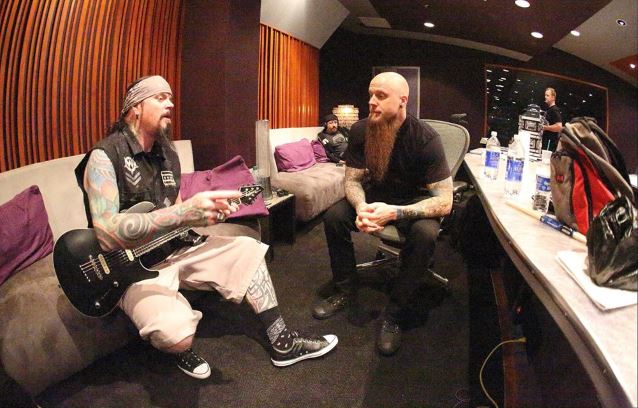 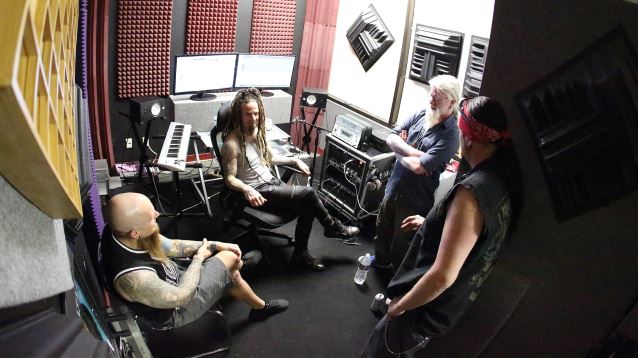