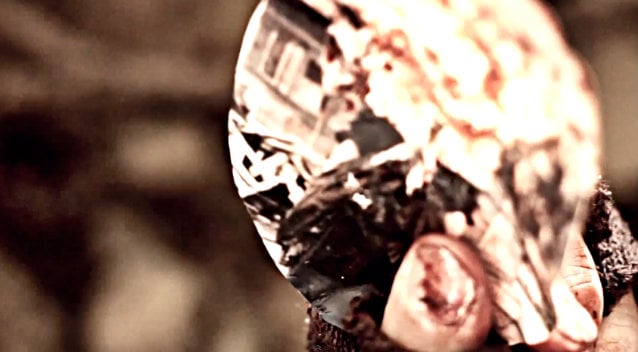 "Harmonomicon", the new video from the Los Angeles post-metal prog phenomenon INTRONAUT, can be seen below. The song is taken from the band's fourth full-length album, "Habitutal Levitations", which was released on March 19 in North America. The album artwork and layout was created by David D'Andrea, who has worked with the band on previous releases.

"Milk Leg", the first song to be revealed from the new album, caused a stir amongst INTRONAUT fans, with MetalInjection.net declaring, "The track is everything that rules about a 'naut song" and MetalSucks.net stating, "If you don't love it, you should probably go bang your head against a wall for an hour, as you appear to have gone stupid."

Drums for "Habitual Levitations" were recorded by producer John Haddad (EXHUMED, PHOBIA) and Derek Donley (BEREFT) handled recording for all other elements on the record.

INTRONAUT's previous studio album, "Valley Of Smoke", was met with vast critical acclaim and the band toured extensively in support of the album. In addition to landing a slot as direct support for TOOL, INTRONAUT toured with ANIMALS AS LEADERS, CYNIC, THE OCEAN, HELMET and more.