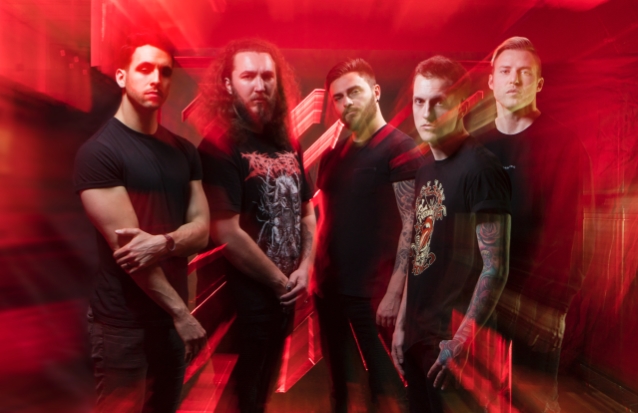 According to The Pulse Of Radio, I PREVAIL currently has the No. 3 track at rock radio with "Breaking Down", but the band has just been awarded a platinum certification for another song entirely.

The Michigan act has just been handed a platinum award for sales of its cover of Taylor Swift's "Blank Space", which came out in 2014 and appeared on I PREVAIL's debut EP, "Hearts And Minds", as well as the "Punk Goes Pop Vol. 6" compilation album.

The group initially released the song and video on YouTube in late 2014, where it went viral and eventually crossed over to rock radio. The song reached No. 9 on the rock radio chart.

I PREVAIL vocalist Brian Burkheiser told The Pulse Of Radio that the band wouldn't rule out another left-field cover like "Blank Space" if the right one came along. "The beautiful thing about the Taylor Swift cover was, you know, I think the lyrics and the whole vibe of the song really just worked to be transferred," he said. "So if a cover ever does come along in the future, you know, we're not gonna say we'll never do another cover, but right now I think we're just really honed in on kind of the original music."

Back in 2017, Burkheiser addressed the mixed response to the success he and his bandmates have found with the track. He said at the time: "Never once said the cover didn't help launch us into success, but so many fucking bands have had covers blow up and then fallen off. If we had covered 20 songs, I could understand being labeled a 'cover band,' but we have one cover and 20 original songs."

"Breaking Down" is taken from the band's latest album, "Trauma", which was released in March via Fearless Records.