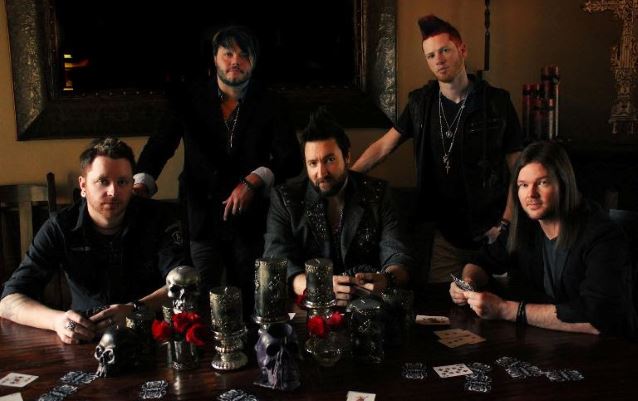 Oklahoma-based rockers HINDER have signed with The End Records. The band's new single, "Hit The Ground", will be released on November 24 and will be followed by a full-length album in 2015.

The official "Hit The Ground" lyric video can be seen below.

Comments HINDER drummer Cody Hanson: "We couldn't be more excited to team up with The End for our new release. It's a great feeling to develop a partnership that shares such knowledge and passion about the music."

Joe "Blower" Garvey, Mark King, Mike Rodden and Cody Hanson entered the studio with their new singer, Nolan Neal, in the spring to record a brand new effort that was co-produced by Hanson and Marshal Dutton. There are no boundaries, and every idea was fair game throughout the process. Hanson says: "We like to think we can do anything. We don't want to be stuck in a rut with one type of sound or formula. One song might have a country influence, while another might have a pop influence. Then there are some heavy metal moments. We have every element covered on this record. You've got to do what's best for the song."

In addition to finding a new label home, HINDER has partnered with veteran manager Mark Adelman of Career Artist Management.

After nearly a decade, HINDER is stronger than ever. Hanson concludes: "This band was built around a strong core of hard work and friendship. Like it or not, we're going to be around for a long time."

HINDER parted ways with singer Austin Winkler in November 2013. Winkler left the lineup during a tour earlier last year for what was said to be "personal reasons," although it was later confirmed that the hard-partying vocalist had entered rehab for the second time in his career. Jared Weeks from SAVING ABEL filled in for Winkler on what was then a temporary basis.

HINDER spent much of 2013 on the road in support of its fourth album, "Welcome To The Freakshow", which came out in 2012. 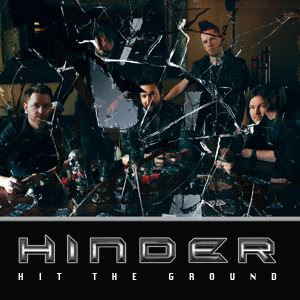