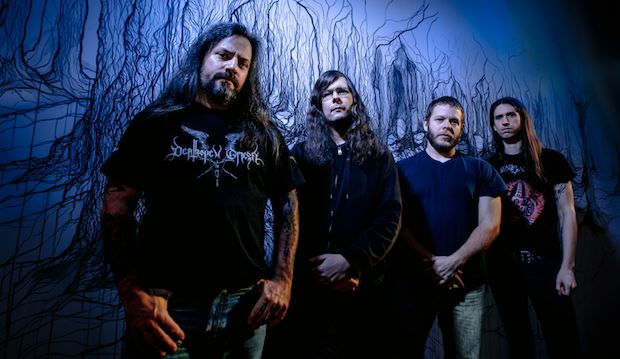 "Colored Sands", the fifth album from Canadian technical death metallers GORGUTS, can be streamed in its entirety using the widget below (courtesy of Revolver magazine). Due on August 30 in Europe and September 3 in North America via Season Of Mist, the CD will be made available will be available as a digipak CD limited to the first pressing, regular black LP, transparent clear LP and red/yellow colored LP.

GORGUTS guitarist/vocalist Luc Lemay previously told Zero Tolerance magazine about "Colored Sands": "It's a whole concept album, so I've been reading books for a year a year and a half for the lyrics to know what I'm going to talk about.

"I bought piles of books. I feel the same way I did at the conservatory when I was writing classical pieces. It takes months and months, the pieces you just can't get it out of your system. You need to become a sponge, you need to get soaked with the topic. So far so good I'm very very happy with what we've done.

"In the first place I wanted to write the whole album about the rituals of mandalas made with sand. One day my girlfriend's little daughter colored in a coloring book a mandala for me and I wondered what a mandala was, I liked the word. I searched on the Internet and found out this is a Tibetan thing and then it clicked, this is gonna be it, but I didn't have any clue, I wasn't very educated on the Tibetan culture. This mandala thing gets so complex, you could study it for 25-30 years before you know exactly what you're talking about, so I said, 'Okay, I'll take it from a different angle.' It's not a National Geographic documentary either. It's very poetic and very epic. This is my vision. I have no pretension about telling 'truth'; it's how I feel about these people."

The band has also announced a string of headlining shows leading to and from this year's Hopscotch Festival. the U.S. trek, which begins on September 5 in Springfield, Virginia, will travel through Hopscotch before ending on September 8 in Worcester, Massachusetts.

War On Music Records in 2011 released on vinyl the GORGUTS albums "From Wisdom To Hate" (2001) and "Obscura" (1998). These records were largely regarded as pioneering works in the technical death metal genre, and set the standard for the decade to follow.

GORGUTS' current lineup is as follows: 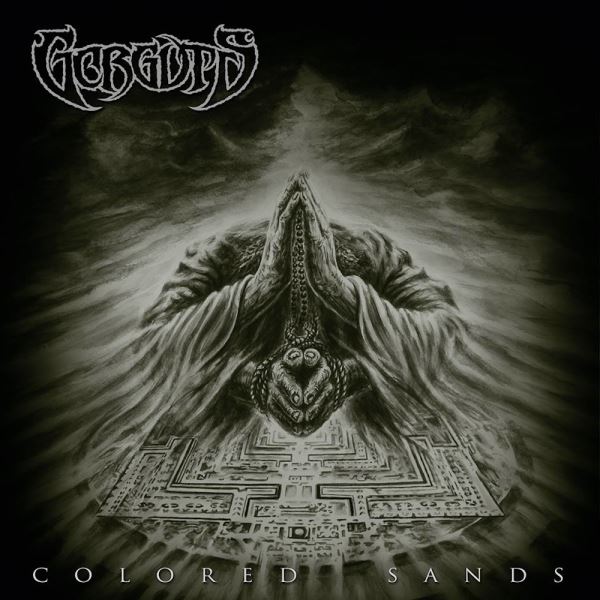