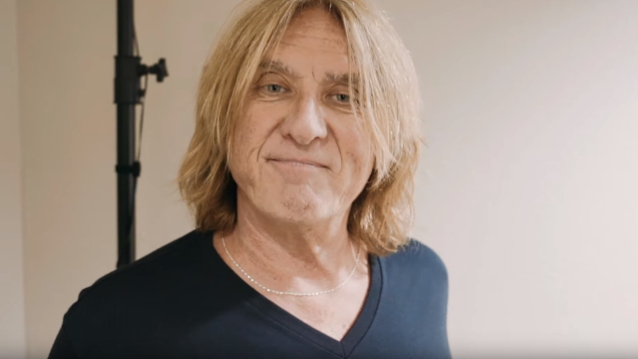 The band is playing a total of 12 "Def Leppard Hits Vegas: The Sin City Residency" shows in August and September.

DEF LEPPARD played its first Las Vegas residency six years ago at the Joint at the Hard Rock Hotel, a pioneering effort for a rock band.

Speaking to Las Vegas Magazine about how the setlist for the new residency would be different from the 2013 performances, vocalist Joe Elliott said: "We're not doing the same show. In fact, we may not do the same show twice on this one. We've got a ton of songs we've not played for a long time and others we've never played live, so we're mixing those in with the ones that we couldn't get out of the room if we didn't play.

"We've never been scared of our hits," he added. "If you can't handle the responsibility of a hit, then don't write it. And we get such a kick out of doing them in front of an audience. We'll never get bored of that."

Zappos Theater has previously hosted residencies from Britney Spears, Jennifer Lopez and Lionel Richie and has announced more dates with returning star Pitbull, as well as residencies from Gwen Stefani and Christina Aguilera.

DEF LEPPARD's latest greatest-hits collection titled "The Story So Far - The Best Of", was released in November.

The band was inducted into the Rock And Roll Hall Of Fame in March. The honor came after the British rockers got the most votes in the Rock Hall's online fan poll.