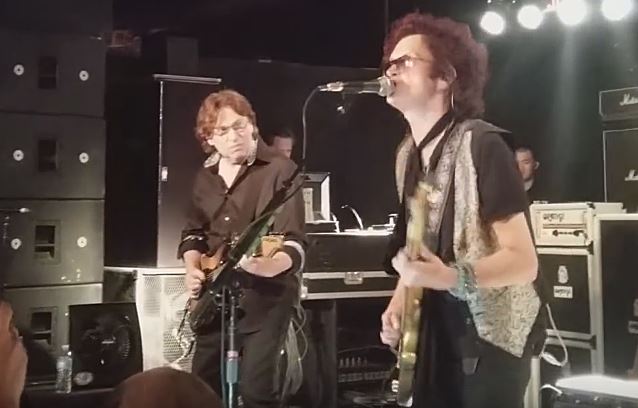 Glenn Hughes was rejoined by his former HUGHES/THRALL bandmate Pat Thrall on stage on Friday, September 2 at Count's Vamp'd in Las Vegas, Nevada to perform two HUGHES/THRALL songs: "Muscle And Blood" and "First Step Of Love". Fan-filmed video footage of Thrall's appearance can be seen below.

Although work on the much-anticipated sophomore album from HUGHES/THRALL began nearly two decades ago, the disc has yet to see the light of day, and according to Hughes, the blame lies primarily on the shoulders of Thrall.

"The long story is that Pat and I started to record in 2000 a follow-up," Hughes told HardrockHaven.net. "We never finished it. We never got to finish it and we have never tried to finish it. It's just that I've been very busy and I want to finish it, but it's just, like, I don't know if it ever will be. You never know. You just never know."

In a 2006 interview with Rockdetector.com, Hughes was asked why it has taken so long for a follow-up HUGHES/THRALL effort to appear. "In truth, we were both [Hughes and Thrall] fucked up," Glenn replied. "Let's not try to hide that fact. We made an awesome funk rock record but we just could not follow it up. It's always been there though — people still keep talking about it — so obviously, at some point, it would come up again. I finally got around to meeting up with Pat again in New York during 2000 and we started writing for a new HUGHES/THRALL album. When the 9/11 disaster happened though in 2001, I just couldn't go to New York after that. Finally Pat relocated to Las Vegas and since then [we wrote] again. We've got 13 incredible, late-night, funky, organic jazz rock songs ready. It's very diverse, very intense."

"Hughes Thrall", acknowledged as one of the finest albums of Hughes' career, was released on Boulevard Records in 1982, toppping the U.S. import charts before being issued in the U.K. on Epic in January 1983. A remastered edition of the album came out in November 2006. 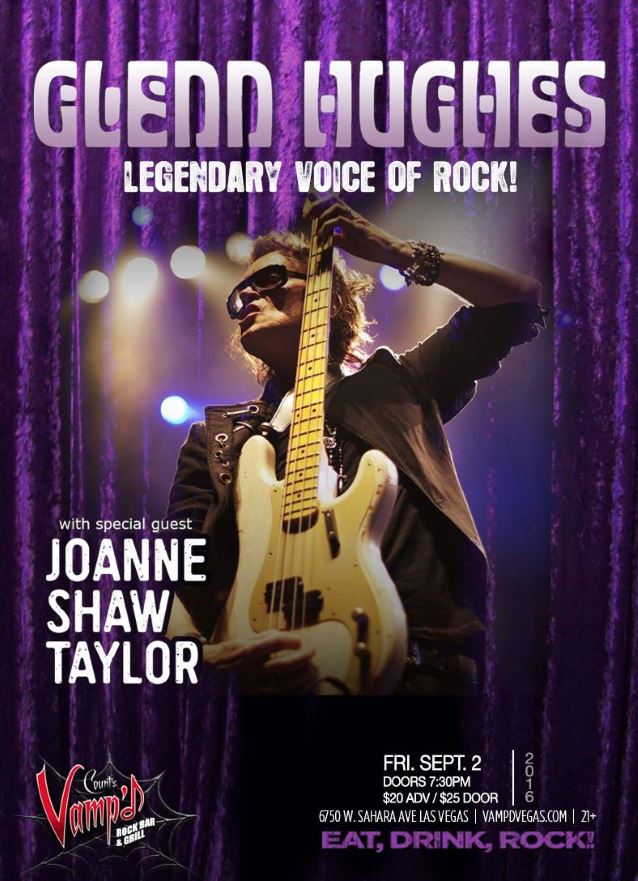