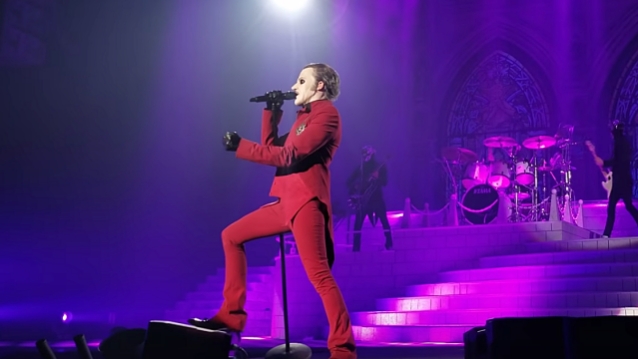 Swedish rockers GHOST performed their two new songs, "Kiss The Go-Goat" and "Mary On A Cross", live for the first time on Friday, September 13 at the opening show of their "Ultimate Tour Named Death" at the Rabobank arena in Bakersfield, California. They played them again the following night (Saturday, September 14) at the Reno Events Center in Reno, Nevada. Fan-filmed video footage from both nights can be seen below.

"Kiss The Go-Goat" and "Mary On A Cross" will both be included on a new limited-edition seven-inch single which will be released on September 27.

A press release offered the following back story for GHOST's new single: "Back during the summer of 1969, an up-and-coming band called GHOST, fronted by Papa Nihil, played its first date at the Whisky A Go Go on Hollywood's Sunset Strip. The show was to celebrate GHOST's first release on Galaxy Recordings, 'Seven Inches of Satanic Panic', the double-A-side seven-inch single featuring 'Kiss The Go-Goat' and 'Mary On A Cross'. This original GHOST lineup eventually disbanded and the single, its original tapes, and the band's only promo and live performance of 'Kiss The Go-Goat' ever filmed, were lost...that is until recently when the songs and the Super 8 footage were discovered and resurrected by Papa Nihil.

"To celebrate its 50th anniversary, GHOST's 'Seven Inches Of Satanic Panic': 'Kiss The Go-Goat' and 'Mary on A Cross' will be re-released by Loma Vista on September 27 and can be preordered via GHOST's web site and from all digital platforms. Check out GHOST's webisode 'Chapter 8: Kiss the Go-Goat' for the whole story."

GHOST is known for special, limited-edition items that have been tied to its various album releases — an eight-track edition of "Ceremony & Devotion", and for "Prequelle", a seven-inch die-cut-as-rats vinyl disc of the album's first single "Rats", offering the album on a variety of different colored cassette tapes, and the lenticular cover for "Prequelle"'s special vinyl edition as well as five alternate covers for the retail edition. On September 27, GHOST will release a plethora of limited, exclusive items tied to the "Prequelle" album and world tour: the deluxe collector's edition, "Prequelle Exalted", with only 5000 sets produced. Log on to ghost-official.com for all purchasing information. 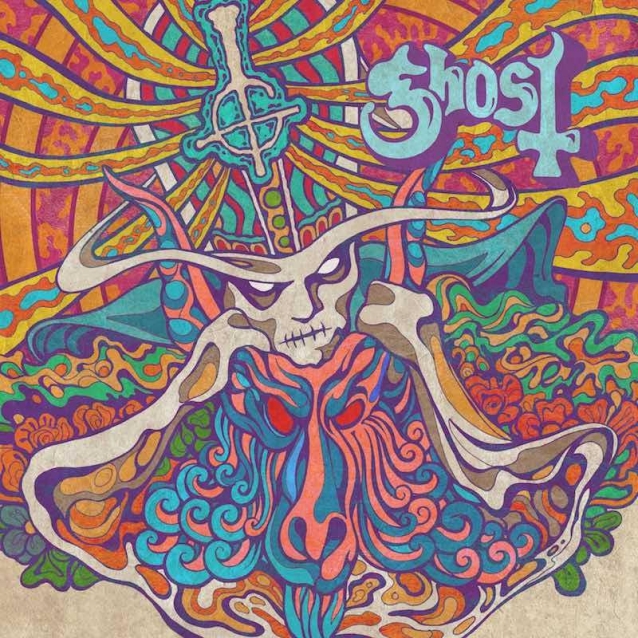