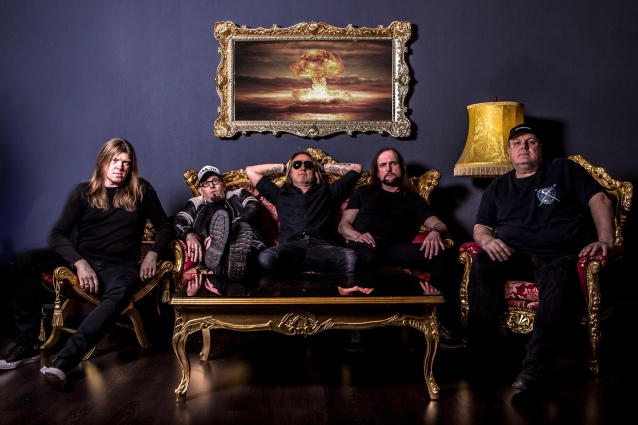 The official lyric video for the song "Low Velocity Blood Spatter" from German thrash metal veterans DARKNESS can be seen below. The track is taken from the band's new album, "First Class Violence", which will be released on October 12 via Massacre Records. The disc was recorded and mixed by Rambado Recordings studio and mastered by Dennis Köhne. Timon Kokott was recruited to take care of the album artwork.

Jürgen "Ventor" Reil (KREATOR) and Thomas "Angelripper" Such (SODOM) have contributed guest vocals to a song that's featured on the album.

According to a press release, "First Class Violence" "is another missing piece in the puzzle that helps you to see the world through the angry and desperate eyes of DARKNESS!"

Formed in 1984, DARKNESS has released a number of demos and albums so far. 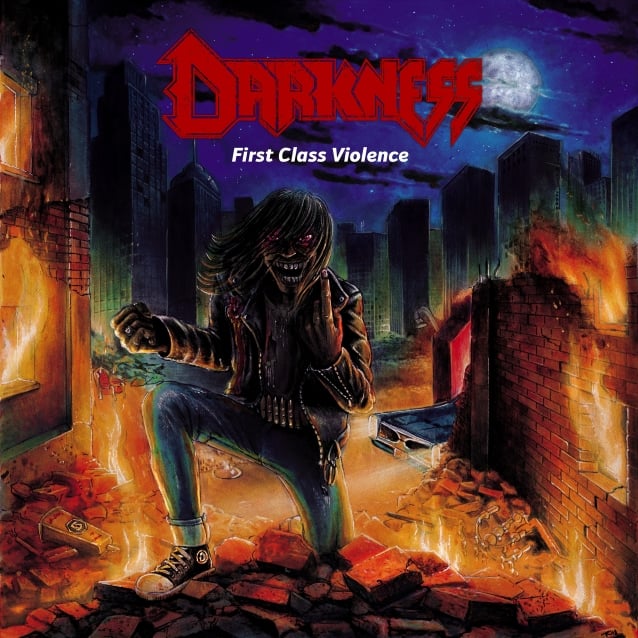