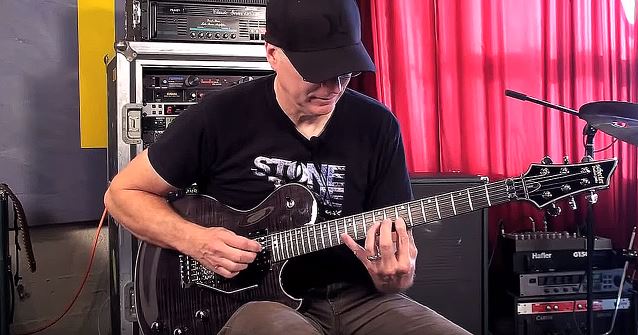 A video clip of Poland shredding/warming up for the interview can be viewed at this location.

At PlayThisRiff.com you can expect to see the following new lesson videos by Chris Poland:

PlayThisRiff.com is owned and operated by Bob Balch from FU MANCHU.

Poland gained recognition in the mid-to-late '80s as the original lead guitarist with MEGADETH, adding his tasty legato riffs to the group's first two records — "Killing Is My Business... And Business Is Good!" (Combat, 1985) and "Peace Sells... But Who's Buying?" (Capitol, 1986). After leaving MEGADETH in 1987, Poland did a brief stint playing bass with the CIRCLE JERKS, then began his solo career. He also contributed some playing to MEGADETH's 2004 comeback album "The System Has Failed".