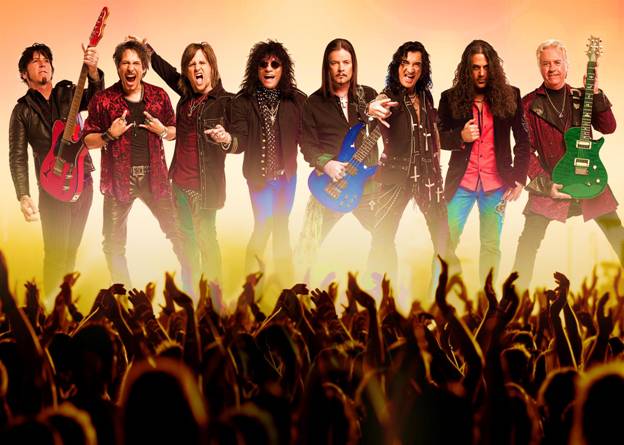 Raiding The Rock Vault — the ultimate classic rock concert experience — has announced Lou Gramm, best known as the founding vocalist of the rock band FOREIGNER, as the next singer in its Icon Series. Gramm will perform in five shows from October 18 to October 22.

One of the best-selling bands of all time, with worldwide sales of nearly 80 million albums, FOREIGNER has created generation-spanning hits, including "Feels Like the First Time", "Cold As Ice", "Urgent", "Hot Blooded", "Double Vision", "Juke Box Hero" and "Waiting For A Girl Like You", most of which were co-written by Gramm.

"Lou Gramm is one of my favorite vocalists of all time," said Raiding The Rock Vault creator, director and producer John Payne. "We pay tribute to the legend that is FOREIGNER in our show every night, and to have him here as part of the experience is beyond exciting."

The story of classic rock comes to life with Raiding The Rock Vault. Boasting the ultimate set list, the show takes audiences on a magical musical journey, traversing the genre's history from the '60s through the '80s.

Ticket prices for Raiding The Rock Vault range from $49 to $125 (plus fees) for a special Rock Star Package (which includes tickets in first five rows, t-shirt, concert program, album, meet-and-greet and VIP pass). Special discount tickets for $39 are available for locals. For an up-to-date schedule or to purchase tickets, visit the LVH box office or log onto thelvh.com, vegas.com, or ticketmaster.com. Tickets can also be purchased by calling 702-732-5755 or 1-800-222-5361.