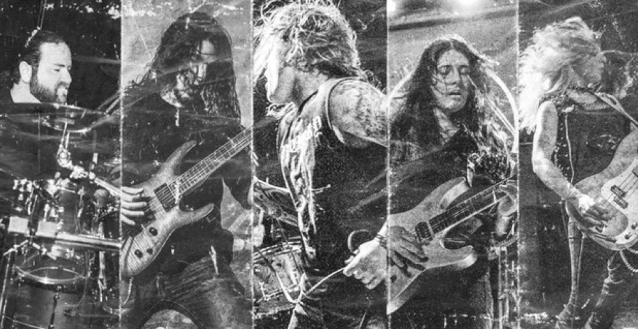 DAUGHTER CHAOS is a five-piece ensemble churning out ripping melodic death metal with a high-energy live show, virtuosic guitar shred, and a heaping dose of raw power. This is pure heaviness with a rock and roll edge.

As various combinations of this incarnation, and under the moniker ARMAGEDDON, the band has played such legendary venues as Loud Park festival in Japan and the Palacio de Los Desportes in Mexico City. They are no stranger to small clubs, as well as large venues, and they are prepared to take it to the top.

As you will see in their members list, they have all cut our teeth in the industry, playing with legendary bands, and now are ready to make their impact as a whole new animal, with fresh energy for the metal music world.

DAUGHTER CHAOS has inked a deal with Seeing Red Records and will release its debut EP this spring/summer.

The EP's single, "Intergalactic", can be streamed below.