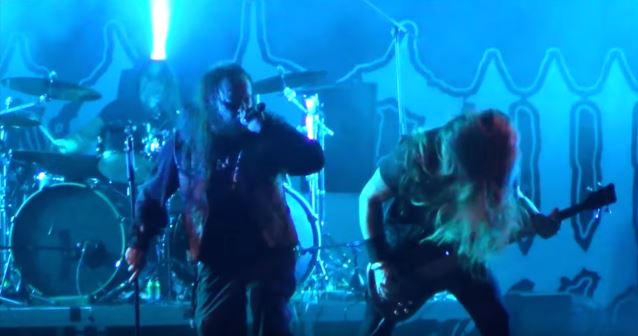 FIRESPAWN will release its debut album, "Shadow Realms", on November 13 via Century Media. The cover artwork was created by Paolo Girardi, who is well known for his oil paintings for BLACK BREATH, POWER TRIP, INQUISITION and BLASPHEMOPHAGHER.

"Shadow Realms" will include 11 tracks of devil-worshipping death metal, taking inspiration from the musical vision of early MORBID ANGEL, DISSECTION and BEHEMOTH. Expect an extremely varied, dark and brutal album of real death metal, spreading the arcane tenets of Lucifer.

Comments Friberg: "We are stoked to be joining forces with Century Media. They are one of the biggest labels out there in extreme music and together we will spread the fire worldwide!"

Adds Jens Prüter, head of A&R at Century Media: "Don't call it supergroup but this spawn of Satan combines the best of Stockholm death metal and it's great to see a bunch of old friends coming together for just one goal: to destroy. I know some of the guys for many years and it's an honor to help them spreading fire worldwide. Special thanks from my side to Costin Chioreanu and Paolo Girardi for helping out on the band's visual presentation, and my colleague Philipp Schulte for taking over the torch and bring you... FIRE! I'll see you burn!" 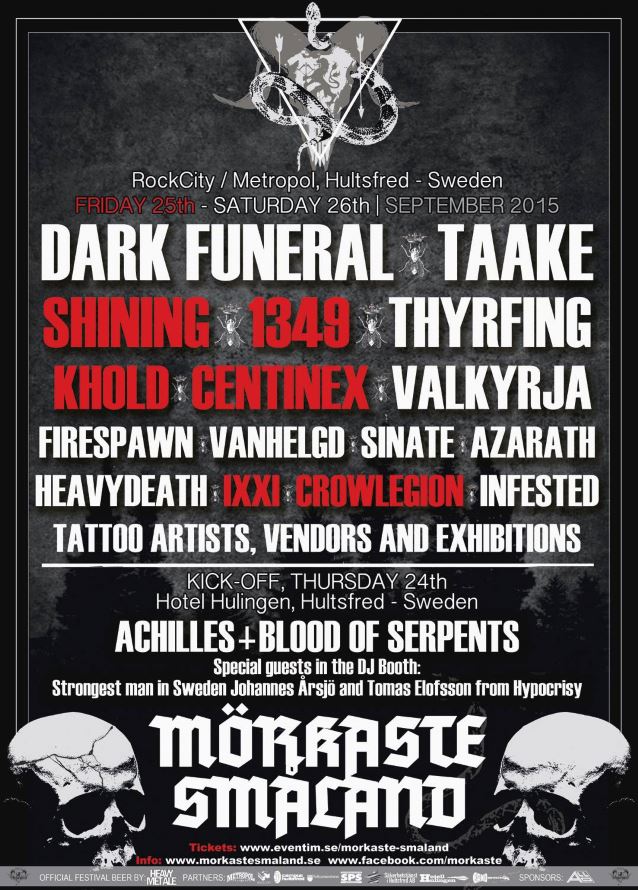