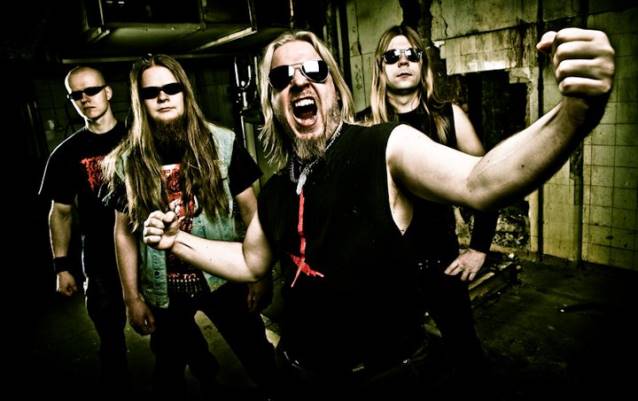 "15", a brand new song from Finnish thrashers AXEGRESSOR, can be streamed in the YouTube clip below. The track will appear on the band's upcoming third album, tentatively entitled "Last", the release for which the group is presently trying to secure a suitable record deal.

AXEGRESSOR's discography features one self-financed mini-CD (2008) and the full-length albums "Command" (2009) and "Next" (2011), both released by Dethrone Music.

In the past, AXEGRESSOR has shared the stage with such bands as LEGION OF THE DAMNED, MUNICIPAL WASTE, SOILWORK, MOONSORROW, TOXIC HOLOCAUST, LOST SOCIETY and TORTURE KILLER.