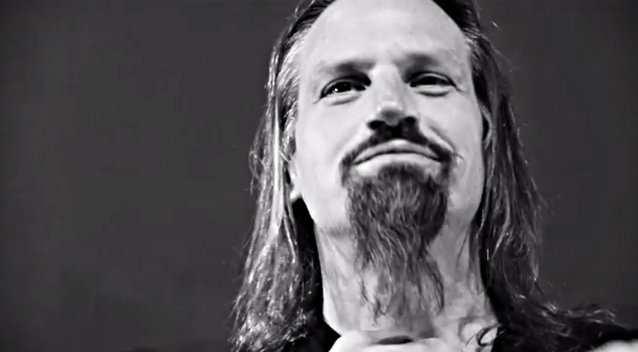 Drumtalk, the video podcast by German drummer and videographer Philipp Koch, conducted an interview with acclaimed drummer Bobby Jarzombek (FATES WARNING, SEBASTIAN BACH, HALFORD) in November 2013 in Germany. You can now watch the chat below.

Jarzombek recently spent time on the road with FATES WARNING in support of "Darkness In A Different Light", the group's first new studio album in nearly a decade and the first to feature Jarzombek on drums. The North American leg of the tour kicked off on November 15, 2013 at Mojoe's in Joliet, Illinois.