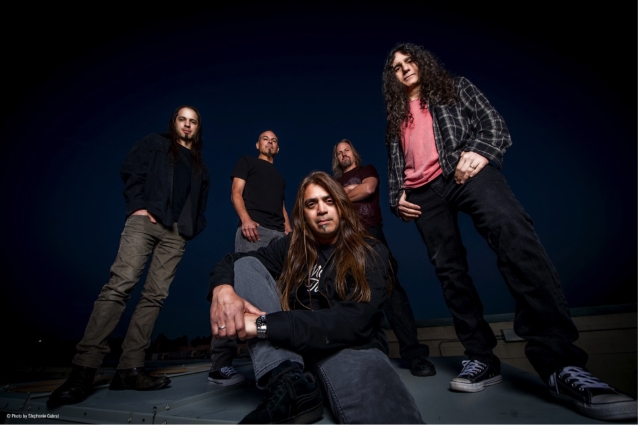 A new lyric video — created by John Kaimakamis and the Nightwatchers — for the track "Point Of View" can be seen below.

FATES WARNING will play a string of shows in South America in October. Unfortunately, due to prior commitments, FATES WARNING dummer Bobby Jarzombek will not be with the group for these dates, but instead Craig Anderson (IGNITE, CRESCENT SHIELD) will be filling in during these concerts.

"Live Over Europe" was mixed by Jens Bogren (OPETH, KREATOR, SYMPHONY X) and mastered by Tony Lindgren at Fascination Street Studios in Sweden and will be available as limited 2CD mediabook, gatefold 3LP + bonus-2CD or as digital album.