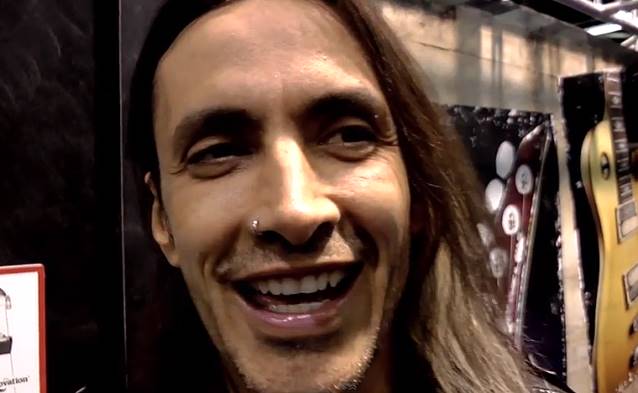 EXTREME guitarist Nuno Bettencourt will perform the band's hit song "More Than Words" with contestants Cole, Will and James on NBC's hit reality singing competition "The Voice" on Tuesday, December 3.

Nuno is best known for his work in the rock band EXTREME, which was nominated for a Grammy for its Billboard chart-topping hit "More Than Words". Nuno has worked on many projects including, multiple solo albums, film scores and has also worked with notable artists such as Janet Jackson, Perry Farrell, Robert Palmer and many others.

"After EXTREME's early success, I got asked all the time to be on pop tours by people like Janet Jackson and others, but I always turned them down," Bettencourt told the Boston Herald. "After I got off the road in 2008, Rihanna's music director Tony Bruno called me, saying, 'I know what you're going to say, but hear me out.'

"I said to Tony, 'But there’s no guitar in Rihanna's songs,'" Bettencourt added. "He told me that's why they wanted me."