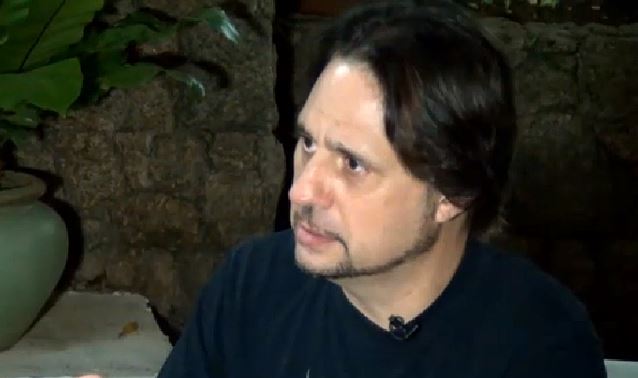 On February 3, Luiz Cesar Pimentel of R7 conducted a joint interview with drummers Dave Lombardo (SLAYER, PHILM) and Max Kolesne (KRISIUN) during Dave's visit to Brazil. You can now watch the chat below. A couple of excerpts follow (transcribed by BLABBERMOUTH.NET).

On how some heavy metal drummers tend to "overplay":

Dave: "I think there's a lot of drummers out there that feel that they need to overplay, and they forget what the riff, what the guitar part is saying, what it's singing, how is it speaking? And the drums need to complement the guitar riff, not overpower the guitar riff. It should complement one another, and I think that's what's gonna carry the music. The whole song is that drum pattern and the pulse. If you put drum rolls, you have to be very tasteful. 'Okay, this is important right here, 'cause it builds the next part. And then here's a roll to change the next section.' If it's slower, you do a slow drum roll, or sometimes even a fast one. It [just depends on] how creative you wanna be. It's like using different colors when you're painting. The sun, if you want it to look more orange, or more yellow, or faded… you use different… obviously, rhythms, as in colors or patterns."

On the lack of originality in heavy metal:

Dave: "I don't wanna be 'that' guy, but I can't help but think that a lot of metal today needs more creativity on the part of drummers and guitar... and the musicians in the band. It needs to be creative. That's what kind of fuels everybody, at least other musicians. When you hear somebody doing something different, it inspires you. it just seems like these days that there's not much inspiring going on."