On September 19, former PANTERA and current KILL DEVIL HILL bassist Rex Brown took part in a clinic at Sam Ash in New York City. A two-minute Artisan News report on the event, which includes a short interview with Brown, can be seen below.

Hartke recently announced the addition of Brown to its already impressive roster of artists. Rex is best known as one half of the driving rhythm section of legendary metal band PANTERA and is currently further developing his signature sound with his new band KILL DEVIL HILL. KILL DEVIL HILL will release its sophomore album this fall on Century Media Records.

"I've been playing bass for a long time and I recently had the great fortune of pluggin' in to a Hartke rig," says Rex. "My new rig gives me the flexibility to control my tone and blast my sound in any size venue. This Hartke rig slams like a concrete sledge. I'm looking forward to being part of the Hartke family for ANOTHER very long time.”

This past March, Rex released his memoir entitled "Official Truth, 101 Proof: The Inside Story Of Pantera". He also made an appearance on VH1 Classic's flagship program "That Metal Show" in support of the book. He will be hitting the road with KILL DEVIL HILL this fall in support of their new release.

Rex was recently announced as part of the festivities at Bass Player LIVE! 2013. He will participate in the Bass Player LIVE! Concert and Awards Show, presented by Hartke, which will be a historic tribute to BLACK SABBATH's Geezer Butler. The show will take place at the Fonda Theater on November 9. And on Sunday, November 10, Rex will be a part of a bass panel, again hosted by Hartke, alongside Billy Sheehan, David Ellefson and Frank Bello. 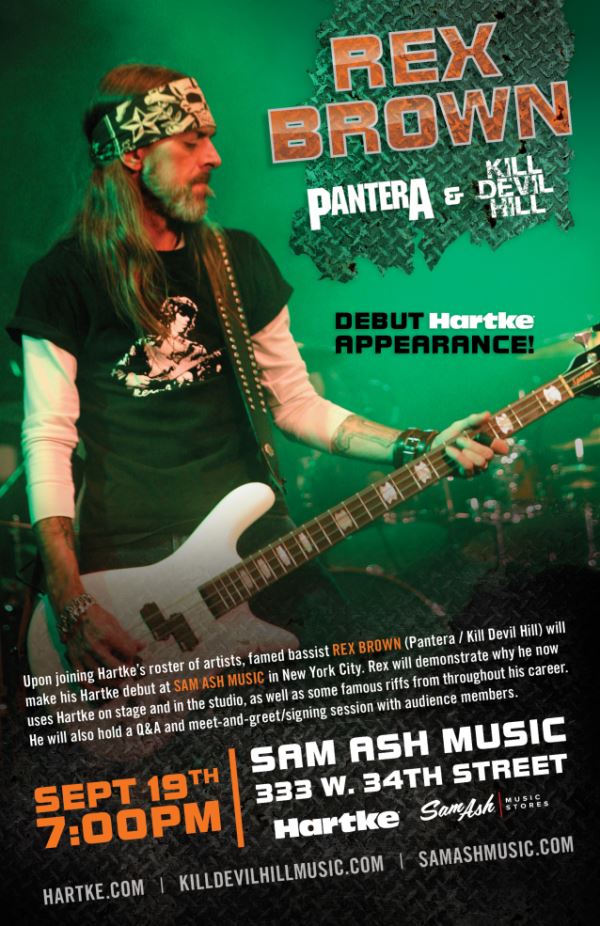