On September 10, Magna Carta will release DAVE MARTONE / GLEN DROVER's "Live At Metalworks" as an audio CD with bonus DVD.

A trailer for the effort can be seen below.

"Live At Metalworks" captures audio/video performances by Martone and Drover which were streamed live over the internet on September 25, 2011. This show was viewed by over 25,000 people in over 63 countries around the World.

Martone — a true modern guitar hero — performs with his band on such guitar virtuouso tracks as "The Goodie Squiggee Song" and "Dinky Pinky" from Martone's Magna Carta debut, "Clean". Other highlights of Martone's set include a cover of CHARLIE DANIELS BAND's "The Devil Went Down To Georgia". Another special moment occurs when Martone brings Drover on stage for an encore version of JOE SATRIANI's "Crush Of Love".

Drover — best known for his work in MEGADETH — performs with his band (which includes SAGA keyboardist Jim Gilmour) on a version of FRANK ZAPPA's "Filthy Habits" as well as "Colors Of Infinity" and "Ascension" from Glen's Magna Carta debut, "Metalusion". Drover brings Martone back on stage for an encore version of MEGADETH's "Symphony Of Destruction" with Glen on vocals. 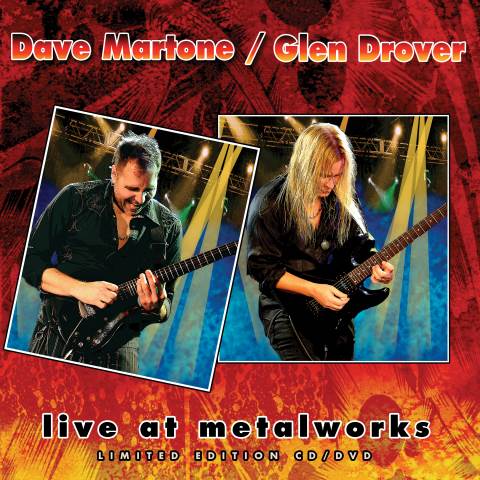