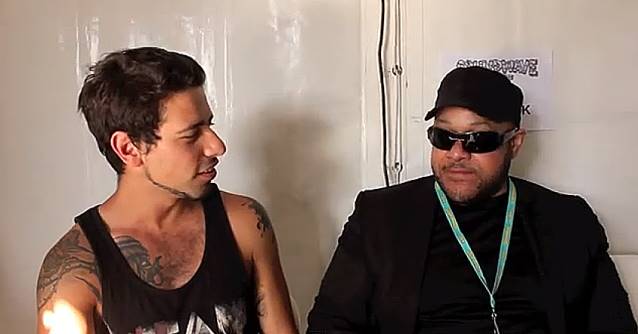 On February 28, AMH TV conducted an interview with former KILSWITCH ENGAGE and current DEVIL YOU KNOW singer Howard Jones at the Melbourne stop of this year's Soundwave festival in Australia. You can now watch the chat below.

DEVIL YOU KNOW, the creative union of Howard Jones, Francesco Artusato (ALL SHALL PERISH) and John Sankey (DEVOLVED), will unleash its inaugural effort on Nuclear Blast Entertainment this spring. The highly-anticipated debut, "The Beauty of Destruction", will be made available on both physical and digital formats on April 25 in Europe and April 29 in North America.

"The Beauty Of Destruction" track listing:

DEVIL YOU KNOW filmed a video for the song "Seven Years Alone" earlier in the month in Los Angeles.

As previously reported, DEVIL YOU KNOW will support BLACK LABEL SOCIETY on this year's Revolver Golden Gods Tour, which will kick off on April 16 in Portland and wrap up on June 7 in Los Angeles. Also appearing on the bill is DOWN.

"It's the record I've waited my entire life to make," Artusato said about "The Beauty Of Destruction".

"Logan really pushed us and brought the best out of us and now Zeuss is making it sound amazing!"

Said Jones said of the band's new additions: "After a period of being so intensely creative writing and recording the album, it's exciting to finally take it out on the road.

"It's great to have the two new guys.

"Roy is a great fit.

"Ryan and I have played tons of shows together in BLEEDING THROUGH and KILLSWITCH and have known each other for years."

DEVIL YOU KNOW was born out of Artusato and Sankey's creative quest to stretch beyond their extreme metal backgrounds. The two had written over a dozen songs before even attempting to lock down a singer. "We were unsure if Howard would be interested," said Sankey." Yet, when KILLSWITCH ENGAGE's former frontman received the material, a creative ideal began to solidify.

Finally connecting in Los Angeles during the last months of 2012, a highly distinctive sound began to become apparent. "It turned from bare-bones musical ideas into something that surpassed any of our expectations," said Jones. "It went from something we thought was going to be a fun, heavy project into something very real." It was during a recording session at the start of 2013 with producer and former MACHINE HEAD and SOULFLY guitarist Logan Mader that DEVIL YOU KNOW's ideas began to alchemize into something none of the bands members would ever expect. "It became a departure from what I'm known for," said Artusato. "I wasn't focusing on technical guitar parts (even though I still love that aspect of writing) but simply on writing what felt best for each individual song."

The writing and recording process for DEVIL YOU KNOW's debut album "was surprisingly easy," stated Artusato. "When we get together it just works." The band is also quick to sum up the studio vibe with producer Mader as "intensely creative," said Sankey. "Logan definitely helped us realize and define the DEVIL YOU KNOW sound." Jones agreed: "He went from producer, to unsung member, to friend."

"It's a different style of music for me," said Jones of DEVIL YOU KNOW's unique sound. "It's heavy as anything any of us are known for but I get to do some different things people won't expect. I've been singing almost all my life. Being around good songwriters and musicians in my former bands really helped mold me into who I am now."

Visit the band's Facebook page to hear a demo version of the song "Shut It Down" and get a small taste of what's to come. 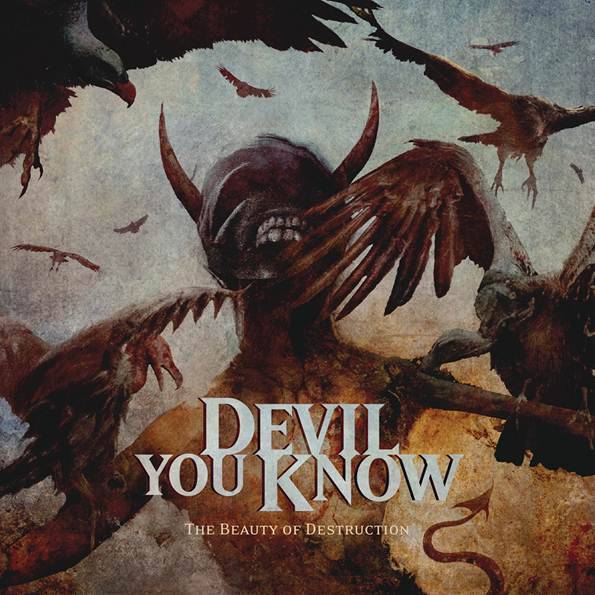