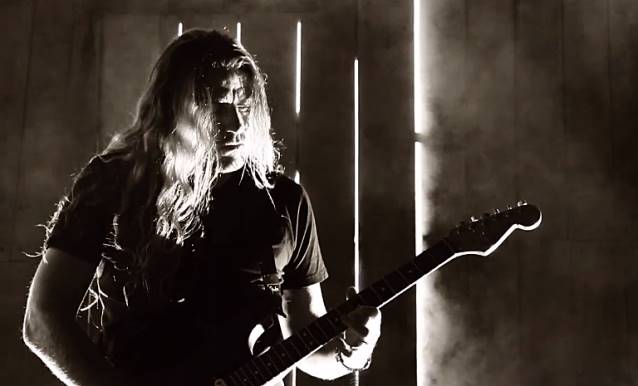 "Huldra", the new video from Swedish guitar master Marcus Jidell (AVATARIUM, EVERGREY, ROYAL HUNT), can be seen below. The song is taken from his debut instrumental album, "Pictures From A Time Traveller", which was released in August via Lion Music.

Marcus wanted something a little different to the thousands of "mimed" guitar videos, and with the help of video producers Steff Granström and Andreas Hillerborg, came up with a video which both manages to deliver the feel of this particular track but also give fans something new.

Says Marcus: "To catch a different vibe, I brought a mobile studio and a Marshall stack to the country side one early morning in November where we recorded and filmed a one-take of 'Huldra'. I didn't want the regular 'mimed' video thing, so I just played it once again. I wanted it to be raw and honest and to show how I improvise around themes when playing guitar live. I think that we captured the spirit of the song both playing-wise and with the way it was filmed and I hope people who see this will think the same."

Jidell is one of the most respected metal guitarists to have come out of Sweden since Yngwie Malmsteen. With a guitar style that has won him universal acclaim, Marcus is a current member of one of Sweden's biggest and hardest touring metal acts, EVERGREY, and previously has worked with prog-metallers ROYAL HUNT.

Marcus has a very personalized sound, extremely heavy at one end, yet extremely melodic at the other, all the time with a superb feel for phrasing and originality of song craft, and its these traits which are evident throughout "Pictures From A Time Traveller". On his goal for the album, Marcus says: "I wanted to make an instrumental album that was more then just shred. I wanted to make compositions that were interesting to listen to even if you're not a guitar player. In short, I wanted to write good music with electric instruments that didn't sound like anything I heard before".

While there is no doubt this is a guitar album, "Pictures From A Time Traveller" has its own unique voice boasting incredible utilization of dynamics and a variety of styles all of which paint a vast number of picture in the listeners mind, something Marcus was keen to express while writing.

"When I write I see a lot of pictures and colors and that's what I've been trying to make the listener feel," he says. "If you listen carefully to 'Arctica', for example, you might feel the cold wind, the ice and snow, the silence of the Arctic winter that suddenly breaks when you discover the big polar bear that has been sneaking upon you.. And you start to run."

Joining Marcus for the album is a stellar cast of backing musicians including his fellow EVERGREY bandmates Hannes Van Dahl and Johan Niemann, keyboardists Andre Andersen (ROYAL HUNT) and Rickard Nilsson, Svante Henrysson played some cello (ex-YNGWIE MALMSTEEN), vocalist Jennie-Ann Smith (AVATARIUM) added some backing vocals and even Marcus' father Rolf Jiddel threw down some cello. Marcus says: "I had the privilege to have some great musicians playing on this album and every one of them really put in their own feel in the songs which really made the songs grow! On some of the songs, I play everything except the drums. But I think that it is a great thing to put in other musicians now and then in the recording process, to get some fresh ideas and widen your view. Svante Henryson really put in some magic with his cello, for example."

The origins of "Pictures From A Time Traveller" date back some eight years from some demos Marcus put together in 2005. Then in 2008 began recording drums for the songs with Andreas Johansson. But Marcus wasn't happy with the results. "I worked for a month with the songs but just couldn't get the feel and sound I was looking for working by myself and without the knowledge and studio equipment that I needed, so I just got tired of it and stopped the process," he says.

In between touring, Marcus continued to work with other studio productions for ROYAL HUNT and EVERGREY, which saw his knowledge improve in how to record and mix music. Then in 2012, everything fell into place. "I found the old recordings and listened to the songs and felt they were rather good and it relit the fuse," he says. "I started to work on the songs again to finish the recordings that Andreas had played drums on. We used the drums we recorded five years ago on three of the songs but we had to re-record drums on 'Huldra' to get the groove right. That had nothing to do with how Andreas played originally, but how it was recorded. While on tour with EVERGREY, Hannes Van Dahl and I talked about him playing on some songs on the album too, so when we found the time we recorded those. Hannes plays drums on two of the songs and did a great job. Andre Andersen, Svante Henrysson, Rickard Nilsson, Jennie-Ann Smith and my father Rolf Jidell all helped me to make this album something special and I am thankful for their input." 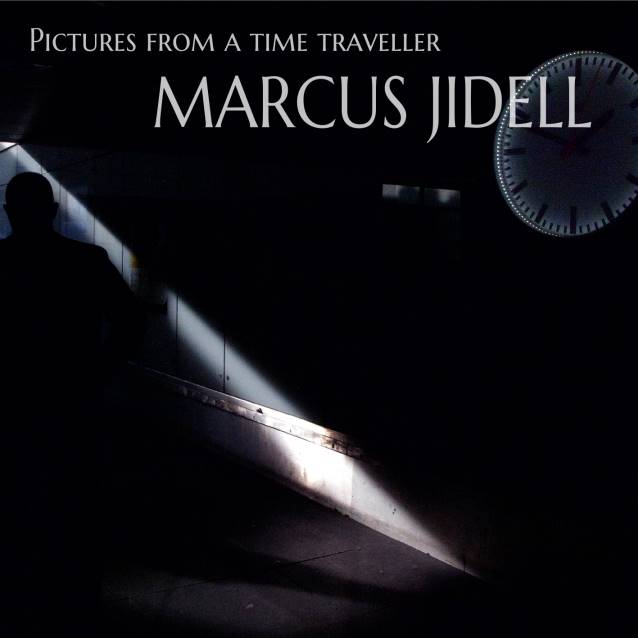