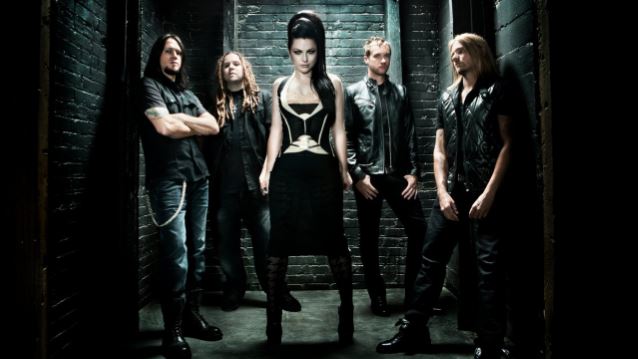 EVANESCENCE has been confirmed for Ozzfest Japan, the first major international music festival to ever travel to Japan, which will return to Makuhari Messe Arena (just outside of Tokyo) Saturday, November 21 and Sunday, November 22. The two-day event, which will feature more than 22 performers, will be headlined by two Ozzfest veterans: festival namesake OZZY OSBOURNE (who will perform as Ozzy & Friends) and KORN.

EVANESCENCE singer Amy Lee, who became a mother for the first time in July 2014, told Rolling Stone last year that she had no plans to hit the studio or the stage with EVANESCENCE, prompting many fans to fear that the band was finished.

In an attempt to assure fans that EVANESCENCE wasn't over, Lee posted a message on her Facebook page in September, explaining that "EVANESCENCE is a part of me — it just isn't a complete picture of everything I'm capable of."

Speaking to "Sixx Sense With Nikki Sixx" co-host Jenn Marino, Lee voiced pretty much the same sentiments, saying: "It's kind of frustrating sometimes if you read the Internet, ever, about anything. So, literally, I get a little frustrated when I'll literally say, 'No, the band is not over. We're just not doing it now.' And then every response is, 'No. EVANESCENCE is dead.' It's like, 'Man, that's so not what I said. Why do you have to make drama?' I said we're not doing it now. I'm totally open-minded. And, I don't know… I would just get bored doing the same thing forever. There's more to me than that."

Asked how she decided when she is working on new music which ideas to use in EVANESCENCE and which to set aside for other projects, Lee told "Sixx Sense With Nikki Sixx": "That's always kind of a thought and a little bit of a decision. And I definitely feel like both things exist inside me. And there are songs that I have in the bank that are both. There are some things [where I think], 'That's like an EVANESCENCE song,' and that's sort of in the EVANESCENCE pile of the bank. And then there [are] other songs where I'm, like, 'I don't know what this is.' This is something that [I can use] for something else, and I haven't figured out what to do with it yet."

She continued: "It's funny. I just went through a long period of time between 'The Open Door' and the last record where I didn't know what I was gonna do next and there was just all this music flowing out. And there's just a big pile of really cool stuff that I still wanna do something with that isn't exactly EVANESCENCE. So there's definitely more things to come out in the future."

The last EVANESCENCE album, a self-titled effort, came out in 2011. 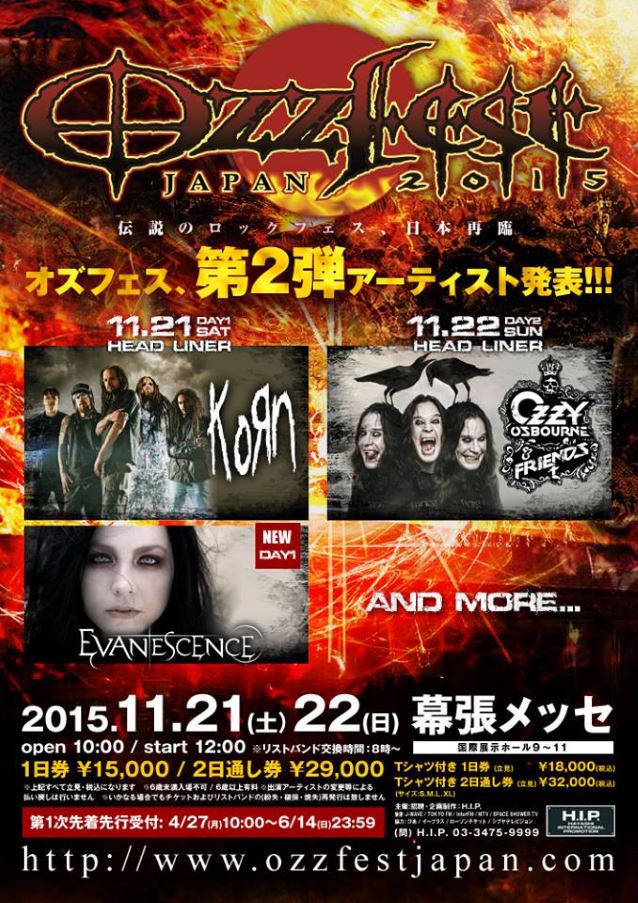