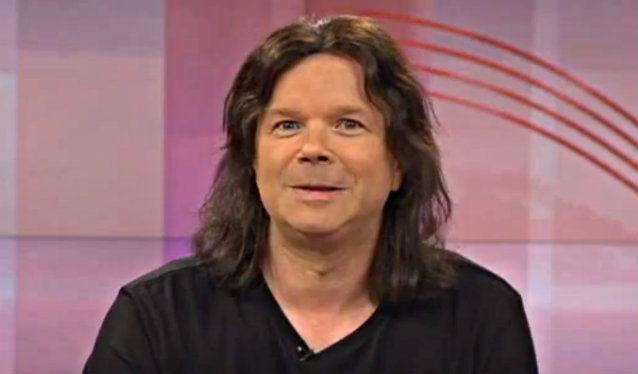 Guitarist John Norum of Swedish hard rockers EUROPE will release his very first instructional DVD in the months to come. It will be sold exclusively through Norum's official web site.

In a 2010 interview, Norum stated about how he came to be such a well-respected musician: "I think you're born to do it. I've always believed that. You can't force it. Technically, you can be great and learn every scale in the book. Some people can play all night, but still not have heart and soul in their playing."

He continued: "It might sound a little bit harsh for me to say this, but it runs so far back in my family. My mom was playing guitar, my uncles all play, all my cousins are in bands — it goes way back. I think I just have it in my genes. It's just something that happens when I play. I start sweating like crazy and I can feel every note through my body. It's just a feel thing. Some people put on funny faces for posing or whatever but when I do it, I can't help it, it just happens by itself… When I go into a solo, I'm gone, away in a different dimension, a different place. It's a wonderful feeling. I'm not thinking that I have to move more, or pose more. [laughs] I leave that to the singer. The most important thing to me is to focus on the guitar playing.

"I'm not Angus Young — sometimes I'm stuck in one place — but I enjoy it more than the posing. I'm a goner when I go into lead break. [laughs]"

EUROPE's 30th-anniversary performance at this year's edition of the Sweden Rock Festival in Sölvesborg, Sweden was the band's only Swedish concert of 2013 and the stage show was one of the greatest, if not the greatest of the band's entire career. The setlist was specially composed from EUROPE's entire nine-album discography, including their cult debut "Europe" (1983), multi-million-seller "The Final Countdown" (1986) and their most recent outing, "Bag Of Bones" (2012), which has now reached gold status in Sweden. The performance was also professionally filmed and recorded for release on double CD, DVD and Blu-ray, and was made available on October 16 in Scandinavia via Gain, in the rest of Europe through Edel, and in Japan via JVC.