Dutch metal titans EPICA have announced three North American shows as part of their "Design Your Universe" 10th-anniversary tour. The dates will see the band return to intimate venues in Montreal, Los Angeles and New York.

Singer Simone Simons comments: "Our highly acclaimed album 'Design Your Universe' is 10 years old and that calls for a celebration. And, of course, the U.S. and Canada should be part of our anniversary tour as well! We will be doing some exclusive shows where we will be playing many 'Design Your Universe' songs. I hope you'll come and join the party!"

VIP tickets are on sale now. General presales will start this Friday, August 9 at 10:00 a.m. local time through www.epica.nl/tour.

"Design Your Universe" will be re-released as a two-CD version and a digital version. The acoustic songs will also be released as a separate picture disc.

This past June, EPICA guitarist Isaac Delahaye told Heavy TV about the upcoming trek: "It's just another tour to celebrate 10 years of that album… So that's something to look forward. I'm really looking forward to that. 'Cause it's also the first album I — when I joined the band, that was the album we worked on, so, for me, it's a special album as well."

Delahaye also said that he has "already started writing some stuff" for the follow-up to 2016's "The Holographic Principle" album.

The next EPICA studio LP is not expected to arrive before late 2020. 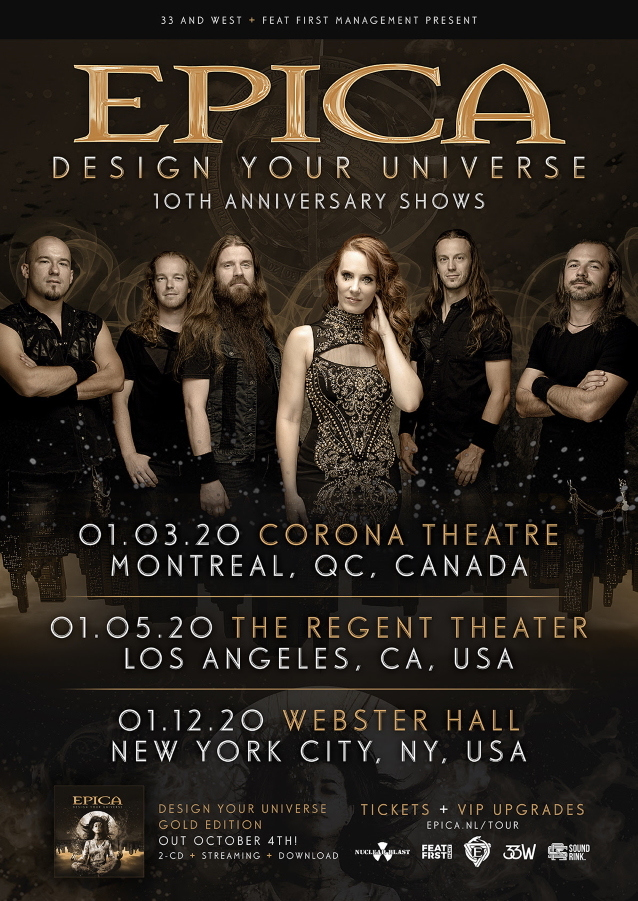