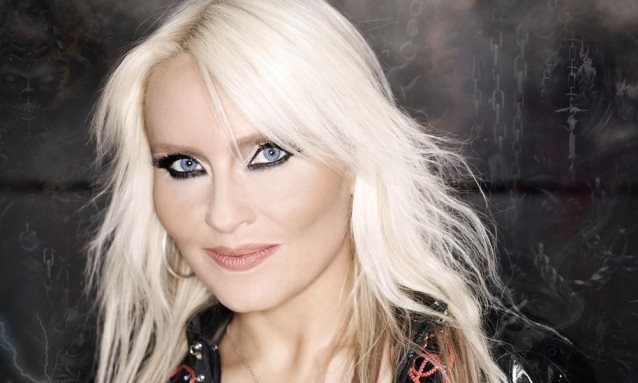 In honor of her 30th anniverary as a performing artist, German metal queen Doro Pesch will celebrate with fans from all over the world with two separate-yet-unique shows on May 2 and May 3 at CCD Stadthalle in her hometown of Düsseldorf. She states: "We came up with something very special for our 30th stage anniversary, with two totally different shows that cover the entire creative spectrum of my band and me — from emotional and soft, to hard, raw and heavy."

The first anniversary show on May 2 will be dedicated to Doro and the Classic Night Orchestra. Accompanied by brass, strings and her band, Doro will perform her most beautiful, emotional ballads like "Für Immer", "1000x Gelebt" and "Let Love Rain On Me" in the stylish surroundings of CCD Stadthalle. On this night, big hits like "All We Are", "Metal Tango" and "Burn It Up" will receive a classical overhaul by the orchestra.

At the second anniversary show on May 3, Doro will travel through all 30 years of her incredibly successful career, delivering a three-hour, high-voltage set with all things rock and roll she has to offer. Fans can look forward to all hits, hymns and many surprises.

Commented Doro: "You all know how important my fans are to me. That's why I really want to have a fan choir with me on stage for one song. The best track for this is our Wacken anthem, 'We Are The Metalheads', which will see me accompanied by a dozen fans on May 3. I'm specially looking forward to this."

To coincide with Doro's anniversary concerts, Nuclear Blast will release a box set, a 30-year special edition containing two CDs and a whole lot of fan memorabilia that Doro selected just for this purpose. She says: "CD 1 will be cover album with a collection of my very favorite songs of all time, like 'Touch Too Much' from AC/DC, 'Egypt' from DIO and 'Babe, I'm Gonna Leave You' from LED ZEPPELIN. CD 2 is a reissue of my most recent record, 'Raise Your Fist', which is very important to me, because, in my opinion, it includes some of the strongest tracks I've ever done. For instance, 'It Still Hurts', my ballad with MOTÖRHEAD's Lemmy. There is a second, still-unreleased version of that song that will also be included on the cover album."

Doro and her entourage will stay at Relexa Hotel in Düsseldorf/Ratingen on May 2 and May 3. Hotel director Tim Zerr states: "It is a huge honor for us to be offering a home to Doro Pesch, a living legend. We're looking forward to her band, guest musicians and fans from all over the welt staying at our house. They will feel right at home."

As a special offer to the fans, Relexa Hotel will provide a shuttle service from the hotel to CCD-Halle and back.

Tickets for both shows are available separately or combined with a discount at all known pre-sale shops and at www.metaltix.com from €49.00. 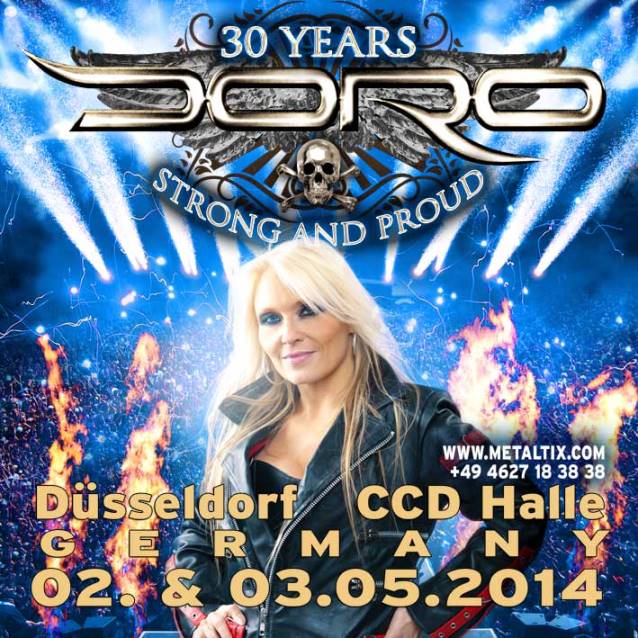