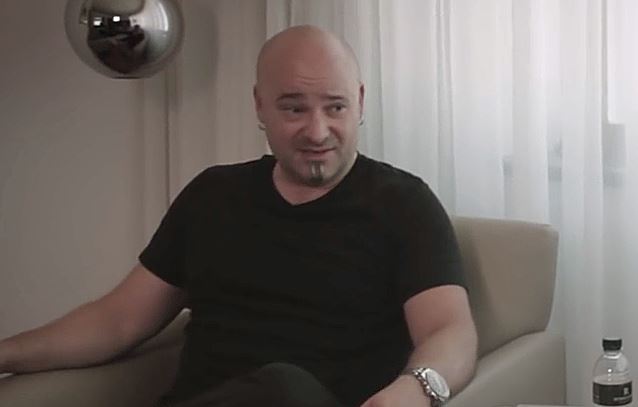 Brazil's Topsify recently conducted an interview with DISTURBED frontman David Draiman. You can now watch the chat below.

Speaking about whether any of the newer hard rock artists have a shot at becoming arena-sized acts once the current crop of dinosaur bands are no longer around, Draiman said: "When you are a [BLACK] SABBATH, when you're a [IRON] MAIDEN, when you're a METALLICA, you establish a footprint that can't possibly be replicated; you're too powerful, you're too original, you're too groundbreaking. So expecting anyone to fill those shoes is just an unreasonable request or even a thought. But all I can say is that all of us who will still be doing what we do after those amazing gentlemen have since retired, whenever that happens — and I hope that it doesn't happen for many, many years — will still be holding the flag and waving it with pride."

As previously reported, DISTURBED will release a new live album, titled "Live At Red Rocks", on November 18 via Warner Bros. The album features songs spanning DISTURBED's 20-year-career, including Mainstream Rock chart hits "Down With The Sickness", "Stricken", "Inside The Fire", "Indestructible", "The Vengeful One", "The Light" and their now-platinum-certified version of SIMON & GARFUNKEL's classic hit "The Sound Of Silence". "Live At Red Rocks" is available for pre-order via all DSPs, and those who pre-order will receive an instant download of the album track "The Light".