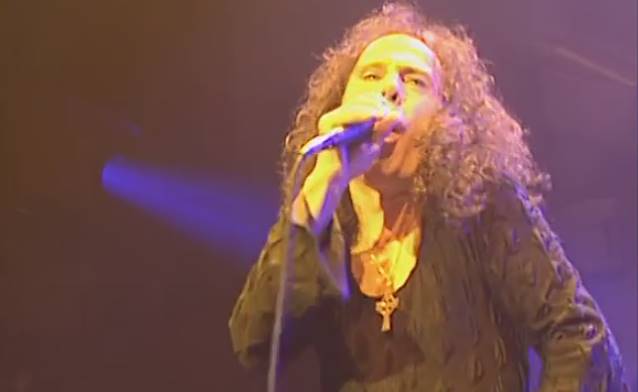 Eagle Rock has set a May 12 release date for DIO's "Live In London: Hammersmith Apollo" on DVD, Blu-ray, 2CD and digital formats.

Filmed at London, England's Hammersmith Apollo on December 12, 1993, this previously unreleased concert film captures the then newly reformed DIO band on the last night of their European tour in support of the "Strange Highways" album. With a lineup of Ronnie James Dio (vocals), Vinny Appice (drums), Jeff Pilson (bass) and Tracy G (guitar), the band delivered a blistering performance on tracks from the "Strange Highways" album, previous DIO classics and favorites from Ronnie's career with BLACK SABBATH and RAINBOW.

"The Mob Rules" performance clip, taken from "Live In London: Hammersmith Apollo", can be seen below.

In a mid-1990s interview with Extreme magazine, Ronnie James Dio stated about the "Strange Highways" LP: "When we did that album, the record company just went, 'Whoa — we don't know what to do with this one, so we'll throw it against the wall and if it does something. We'll support it. If not — the hell with it!' They really did nothing. We were at the back end of getting ready to leave that label anyway; it just wasn't the place for us… But I must say I can't lay the blame on everybody else, that album perhaps sounded too dated — that might have been one of its problems too… We started writing in a different manner on the 'Strange Highways' album and it's carried on in that writing style to [1996's 'Angry Machines']. We've just taken it a few steps closer to the year 2000 rather than looking back and trying to be a reunion band and thinking, 'Gee, I think they're going to like this one — it sounds like 'Holy Diver'!' That's something I never wanted to do."

Ronnie James Dio, best known for his work with BLACK SABBATH, RAINBOW and his own band DIO, died of stomach cancer on May 16, 2010 at the age of 67.

Dio was renowned throughout the world as one of the greatest and most influential vocalists in heavy metal history. The singer, who was recording and touring with SABBATH offshoot HEAVEN & HELL prior to his illness, was diagnosed with stomach cancer in late 2009. He underwent chemotherapy and made his final public appearance in April 2010 at the Revolver Golden Gods Awards in Los Angeles. 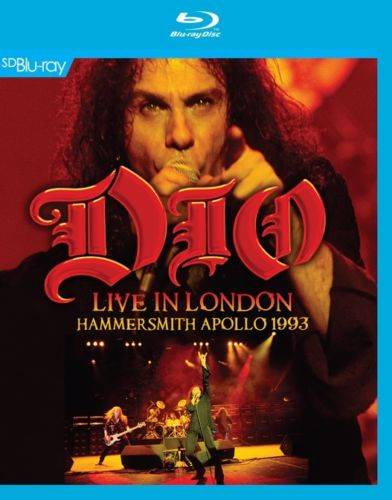