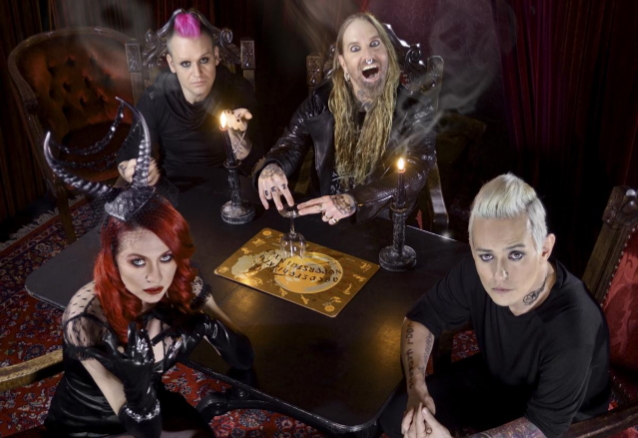 In the new issue of Metal Hammer, on sale now, DEVILDRIVER frontman Dez Fafara answered questions from readers in the magazine's regular "People Vs…" feature. Asked by one reader if there will ever be a new record from COAL CHAMBER, the band that put him on the musical map and gave him his first and only gold-certified album in the shape of the group's 1997 debut, Dez replied: "I'm not gonna say yes or no. I'm not gonna say no, because we've all spoken. The main thing for me is that the relationship is all good after numerous fallouts in the beginning and after sone stuff went horribly wrong when we got back together to release [2015 comeback album] 'Rivals'. The vibe in that camp is very cool at the moment, and we all have each other's backs. I wouldn't put it past us, but right now I'm definitely concentrating on DEVILDRIVER."

COAL CHAMBER existed for ten years before disbanding in 2003 to pursue other musical projects. They reunited in 2011 for touring purposes but it wasn't until 2014 that the band began work on a new studio album of original material, the aforementioned critically acclaimed "Rivals". Several months of touring activity followed before Dez returned to DEVILDRIVER to make a new record, 2016's "Trust No One".

In an interview with KCAL 96.7's "Wired In The Empire" radio show, Dez stated about his decision to perform COAL CHAMBER songs with DEVILDRIVER: "I've kept those things separate for so many years, man. It's just time for me to embrace everything that I've done."