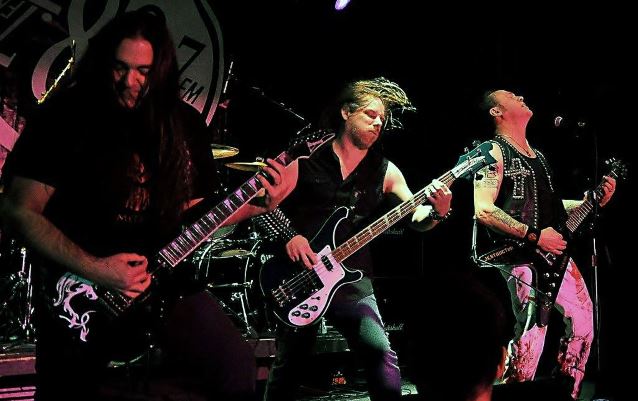 The new lineup of '80s Cleveland thrash metal legends DESTRUCTOR will make its live debut during the WJCU 2015 Radiothon Benefit Concert, set to take place on February 7 at the Maple Grove in Cleveland, Ohio.

DESTRUCTOR's co-founding member and vocalist/guitarist Dave Overkill had this to say about the band's new lineup and current state of affairs: "DESTRUCTOR the comeback kids? Maybe more so than any other band in heavy metal history. So with recordings that need to be finished and shows being booked this band charges at another year of promising opportunities. We are writing new material.

"Last December at the Cleveland Metal Holiday Food Drive concert, we decided to surprise the crowd with the return of DESTRUCTOR. We played two songs with the new lineup at the end of our VULGAR DEVILS set, a band Flammable and I are in. The first official show up for us is the WJCU Radiothon Benefit.

"For many years this band has given back to help the college radio stations that have supported and exposed us. This year will be no different."

"We just had yet another absolutely outstandingly crushing practice this week," adds drummer and co-founding member Matt Flammable. "We're ready to pound some evil on Saturday!!! Don't miss this show or we'll come and find you! [laughs]"

DESTRUCTOR will appearing at the Defenders Of The Old III festival, set to take place March 13-14 at The Bell House in Brooklyn, New York. The event will be co-headlined by EXCITER, RIOT V, THE RODS and LIEGE LORD.

WJCU's 2015 Radiothon Benefit Concert will take place on Saturday, February 7 at the Maple Grove (14832 Pease Road, Maple Heights). In addition to DESTRUCTOR, the event also features HOSTILE OMISH, SUNLESS SKY and GATLIN. Chris E. from OLATHIA will MC. Doors open at 7 p.m. Show starts at 8 p.m. 21 and over. Admission is $7. All proceeds will be donated to WJCU 88.7 FM.

The benefit concert is being held in conjunction with WJCU's 2015 Radiothon, which runs February 6-15. Listeners can pledge their support for the station either online at wjcu.org or by phone at 216-397-4438.

It's well-known in music industry circles that Cleveland is the best college radio market in the world with four powerful stations — WJCU, WCSB, WRUW, WBWC — offering diverse programming not found on the commercial airwaves.

"Once every year, WJCU reaches out to our listeners to ask for their financial support in the coming year", says Mark Krieger, WJCU General Manager. "Like other college radio stations in the Cleveland area WJCU provides unique musical programing alternatives and opportunities for diverse segments of the community to make their voices heard both on the FM dial here and all over the world via the net. And we do it 24/7/365 without receiving a dime of advertising revenue.

"Even though our student staff and community programmers receive no compensation, operating, updating and maintaining our facility gets more expensive every year. And it is Radiothon proceeds that meet most of the cost of maintaining and updating all of our technology and facilities.

"We live in an era where people expect and demand content delivered direct to their personal media devices, complete with metadata and other amenities such as podcasting. And our listeners — god love 'em — provide the funding that lets us meet those expectations and remain relevant in a mobile, wirelessly connected world, while still serving those who want to hear a human being spin a vinyl LP in real time over a plain old radio." 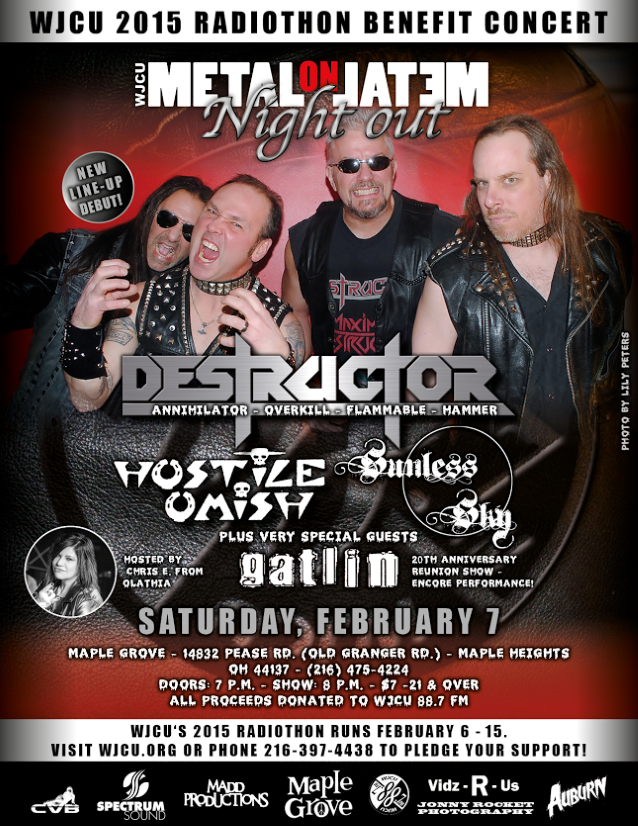